Watch: Alan Dershowitz Explains Why FBI’s Treatment of Mike Lindell is ‘Scary’: ‘This is Different’

The Daily Wire prereleased Owens’ monologue for this Friday’s episode of “Candace” to Facebook on Thursday afternoon and subsequently received a message from the Big Tech company saying the video’s earnings are being reduced or entirely demonetized for including “sensitive content.”

“This content has limited or no monetization because it contains content from a restricted category that’s sensitive in nature. Restricted categories limit ads from showing in videos that might not be suitable for certain brands or businesses,” Facebook’s message said.

The supposed “sensitive content” was never identified to The Daily Wire. 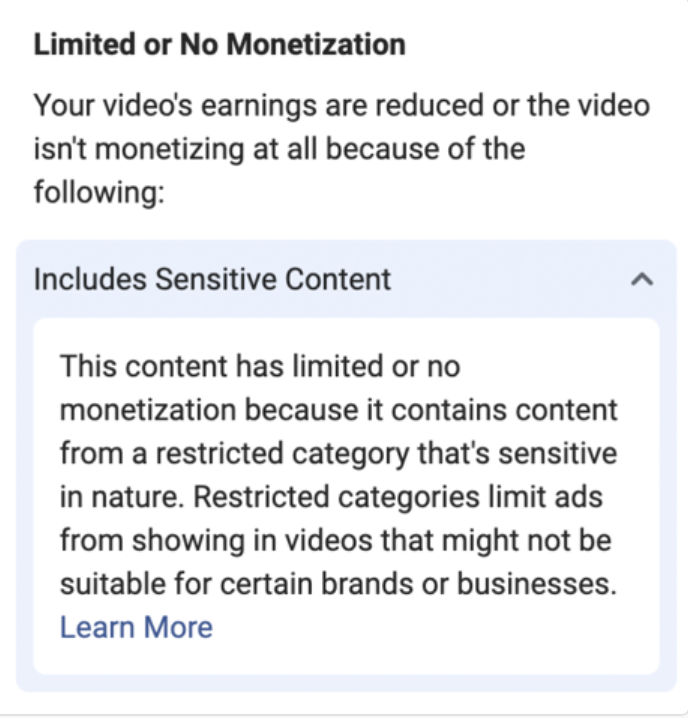 Notably, the video includes Owens reading Floyd’s criminal rap sheet and a statement describing an incident wherein Floyd broke into a woman’s home and pointed a pistol at her stomach.

In a piece outlining Floyd’s “complicated life,” The Associated Press acknowledged: “In 2007, Floyd was charged with aggravated robbery with a deadly weapon. Investigators said Floyd and other men barged into an apartment, where he pushed a pistol into a woman’s abdomen. Floyd pleaded guilty and was sentenced to five years. When he was paroled in 2013 he was nearing 40.”

While Owens has repeatedly stressed her opposition to lionizing black people who victimized other black people, many media outlets have downplayed or ignored such facts.

Owens added that she “would have been perfectly comfortable” if former Minneapolis Police Officer Derek Chauvin was convicted of manslaughter. However, she emphasized, “I’m not comfortable with the lies that have been told repeatedly about who [Floyd] was.”

Owens noted that this was the case with 16-year-old Ma’Khia Bryant.

Though the incident has been misleadingly racially framed by the media, Bryant, who is black, was fatally shot by a police officer as she was lunging to stab another black female, as body cam and eyewitness video appears to show.