A 71-year-old Vietnam veteran of Dublin, Georgia, is now in possession of a Purple Heart that was stolen from his Florida home almost 40 years ago.

Vietnam Army veteran Gus Albritton was drafted in 1968 immediately after he graduated high school. “I graduated from high school on a Friday night. On Saturday, I got my draft notice, and on Monday, I was up here in Georgia at Fort Benning,” Albritton informed WGXA.

While seeing combat in Vietnam, Albritton was wounded on multiple occasions. “I was wounded the first time in the right shoulder,” Albritton said to WGXA. “The second time, I was wounded through my feet, my legs, my knees, my groin.”

“Then, through the back, an RPG hit right beside of a bunker,” he continued. “I got fragments in my back and one up here in my thorax, how it got up there, I don’t know. And one piece came through me out of my chest. I’m still walking. The good lord’s been good to me.”

Albritton was awarded three Purple Hearts for his service in the Vietnam War. “You have to shed blood for your country to receive a Purple Heart, and I’ve shed my share of blood for my country,” he explained to WGXA. 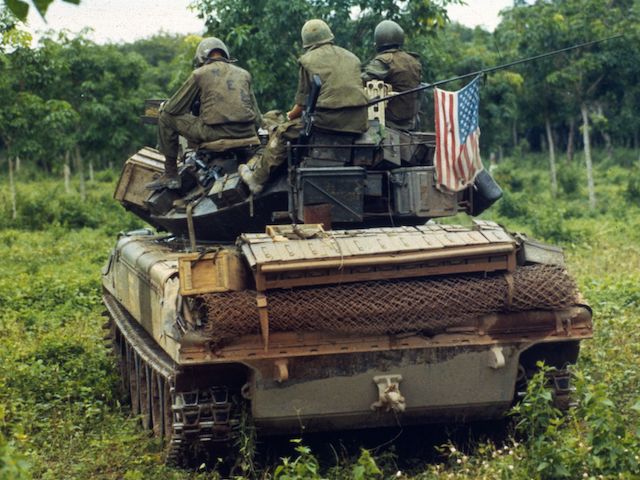 In 1982, someone broke into Albritton’s home in Brooksfield, Florida, and stole his purple heart.

“I kept a lot of stuff in a big water jug, and I had pocket knives and a bunch of change and other trinkets in there, and I had thrown my purple heart in there,” he recalled speaking with WGXA. “Whoever broke into my house stole some guns, and they stole that bottle of change.”

Albritton reported his Purple Heart lost and assumed he would never again see the medal, according to WGXA.

The American hero was surprised when a man named Jamie Bath reached out to him and informed Albritton that he had his Purple Heart.

“Jamie Bath said he had purchased a purple heart at a yard sale or a flea market, and it had my name engraved on the back,” the Veteran told WGXA. Bath purchased the medal in Brooksfield, Florida, the same town that it was stolen in decades ago.

Albritton shared his address with the stranger who sent him the medal. “Well, I got my purple heart back after 38 years,” he told WGXA.

Albritton’s service to his brothers and sisters in arms did not end with the Vietnam War. As of 2016, he had spent 25 years volunteering at the VA in Dublin, Georgia, logging 23,000 hours at the campus, according to the Veteran’s Health Administration (VHA).

“I have PTSD, and one day my doctor here at the Dublin VA told me I needed to focus on the future, not the past,” the Veteran told the VHA back in 2016. “He suggested that I volunteer here once or twice a week to see how I liked it.  So I started volunteering.”

“Volunteering turned out to be the magic bullet for me,” he shared with VHA:

It might not work for everybody, but it worked for me. When I’m focused on helping people, I’m not thinking about a firefight or an ambush or anything else that happened to me in Vietnam.  The only time I think about Vietnam now is when I wake up with a nightmare.

Albritton would greet Veterans on the campus and make them feel welcome. “If you’re a Veteran walking in the door here, it helps to have another Veteran come up to you and greet you,” he told the VHA. “I’ve been through what they’ve been through, so we connect with each other.”

Backlash Hits Chris Wallace After He Calls Jen Psaki ‘One of the Best Press Secretaries Ever’: ‘You’re a Clown’