Donald Trump Responds to Mitt Romney Getting Booed Off Stage

President Donald Trump weighed in on the embarrassing situation involving Sen. Mitt Romney (R-UT) at the Utah Republican Party convention over the weekend, gloating over the crowd’s decision to boo the lawmaker off the stage.

“So nice to see RINO Mitt Romney booed off the stage at the Utah Republican State Convention,” President Trump said in a statement from the Save America 45 PAC. “They are among the earliest to have figured this guy out, a stone-cold loser!” 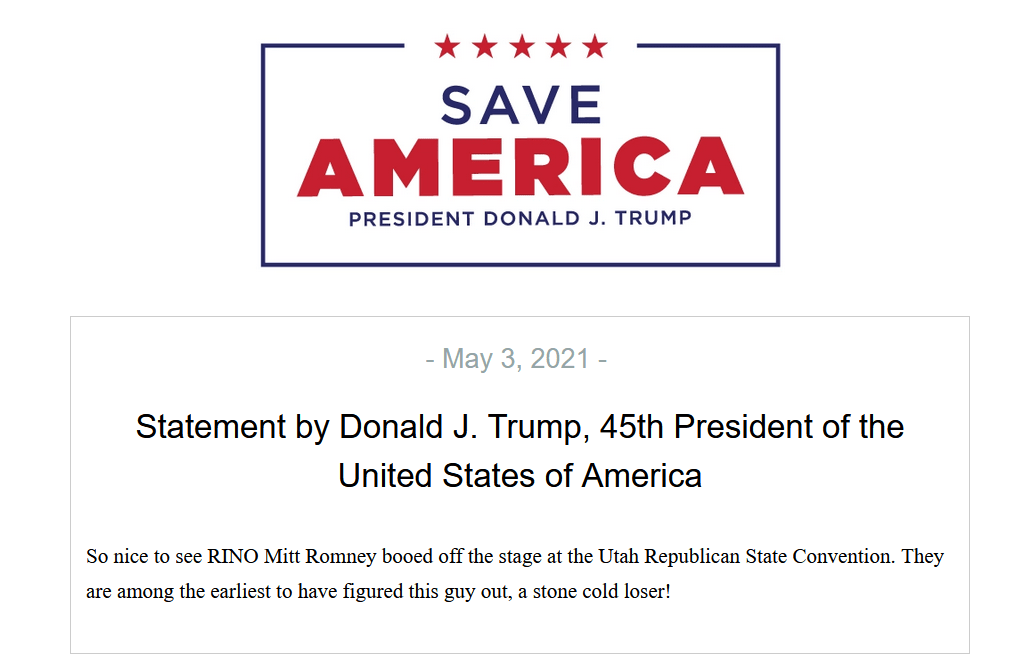 Romney was greeted by boos at the Utah Republican Party convention at the Maverick Center in West Valley, Utah.

“So what do you think about President Biden’s first 100 days,” Romney said, beginning his speech even as the crowd made it almost impossible to hear him through their boos. Romney eventually stopped speaking for several seconds before asking the crowd, “Aren’t you embarrassed?” At one point a Republican Party operative approached the podium and instructed the crowd to “show respect.”

“So yeah, I understand I have a few folks who don’t like me terribly much, and I’m sorry about that.” Soon after, the crowd began booing again. “You can boo all you want, I’ve been a Republican all my life.” The crowd later broke into thunderous applause when Romney left the stage.

This is an excerpt from the National File.