A Texas woman has been charged with murder after law enforcement said she carried out a “self-induced abortion.” Pro-choice activists have rallied around the woman and demanded her immediate release from jail.

Lizelle Herrera, 26, was arrested on Thursday by the Starr County Sheriff’s Office and charged with murder.

A Starr County Sheriff’s Office spokesperson told KVEO-TV Herrera was arrested after authorities learned she “intentionally and knowingly caused the death of an individual by self-induced abortion.”

It was not clear how far along Herrera was in her pregnancy.

Herrera remains in the custody of the Starr County Sheriff’s Office with a bond set at $500,000.

“I really can’t imagine what they are going through right now,” family friend Romeo Gonzalez told the New York Post.

A handful of pro-choice activists gathered at the jail near the Texas-Mexico border to protest Herrera’s arrest.

Protesters mobilized by @LaFronteraFund and South Texas for Reproductive Justice at Starr County Jail after Lizelle Herrera's arrest. Follow @Wzrd_of_Lnlynss who is there this morning for updates. Full audio of my interview with Frontera's Chairwoman here: https://t.co/2waLg1QPk1 pic.twitter.com/g5JnL68bZy

The Frontera Fund is a self-described “abortion fund for the Rio Grande Valley.”

“This arrest is inhumane. We are demanding the immediate release of Lizelle Herrera,” declared Rockie Gonzalez – founder of the Frontera Fund. “What is alleged is that she was in the hospital and had a miscarriage and divulged some information to hospital staff, who then reported her to the police.”

Frontera Fund posted the phone number of the Starr County jail in Rio Grande City, where Herrera is being held, and urged Twitter followers to call to demand her release.

“It’s wrong and unconstitutional for Lizelle to be arrested on alleged murder charges,” the group said.” “Pregnant people should not be criminalized regardless of pregnancy outcomes.” 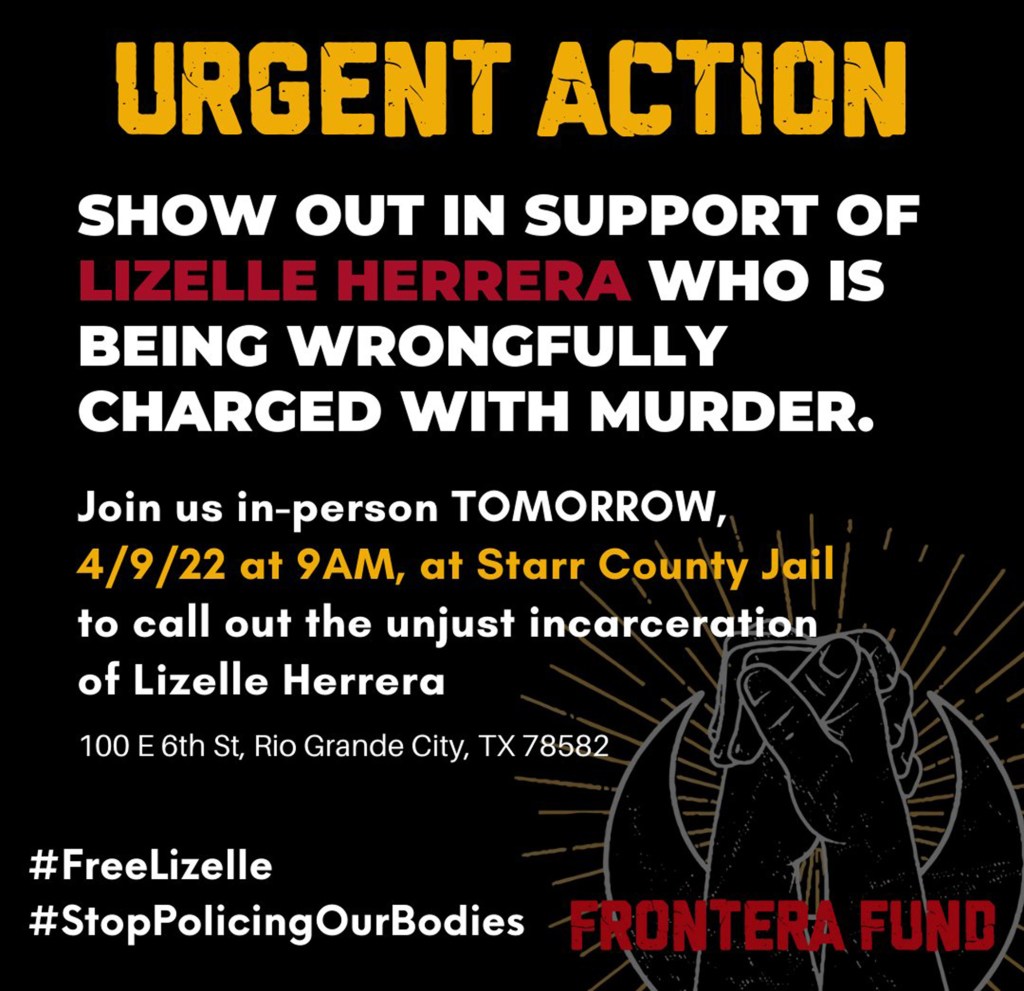 Last May, Texas Gov. Greg Abbott signed into law the pro-life Texas Heartbeat Act that prohibits physicians from “knowingly perform[ing] or induce[ing] an abortion on a pregnant woman if the physician detected a fetal heartbeat for the unborn child … or failed to perform a test to detect a fetal heartbeat.”