Ghislaine Maxwell Placed on Suicide Watch Ahead of Sentencing

Dramatic new images from the Uvalde, Texas school massacre show cops pulling scared children from the windows of the building while a crazed gunman is still locked inside.

Photos show crying girls and boys in full sprint, running from Robb Elementary School on Tuesday as officers point them across a grassy patch to safety.

Local cops and US Customs and Border Protection agents are seen in the images, helping open a window to help kids with visible looks of terror on their faces.

The new images are the latest to emerge outside of the school as questions swirl about law enforcement’s response to the mass shooting, which left 19 children and two adults dead.

Previous videos showed desperate parents pleading with officers to storm the building, as cops appeared to stand back outside. Several parents readied to head into the building themselves, the images showed.

More than a dozen cops were inside the building while 18-year-old shooter Salvador Ramos was holed up in two interlocking classrooms and two terrified youngsters called 911 multiple times begging for help as they witnessed the slaughter – but cops stood back for more than 40 minutes rather than breach the door, a top cop said Friday. 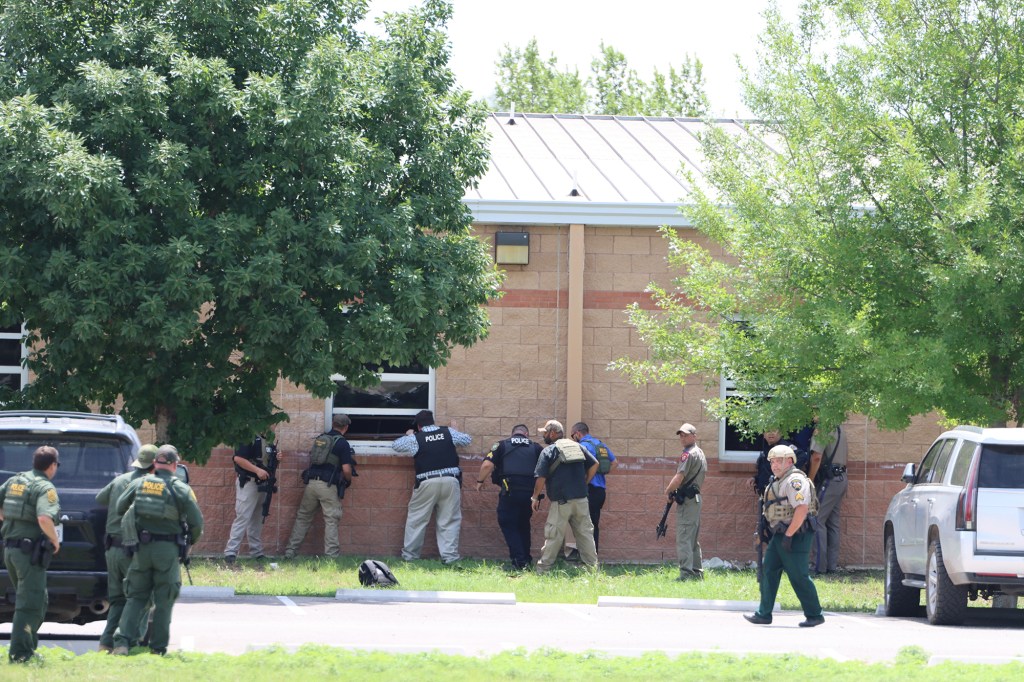 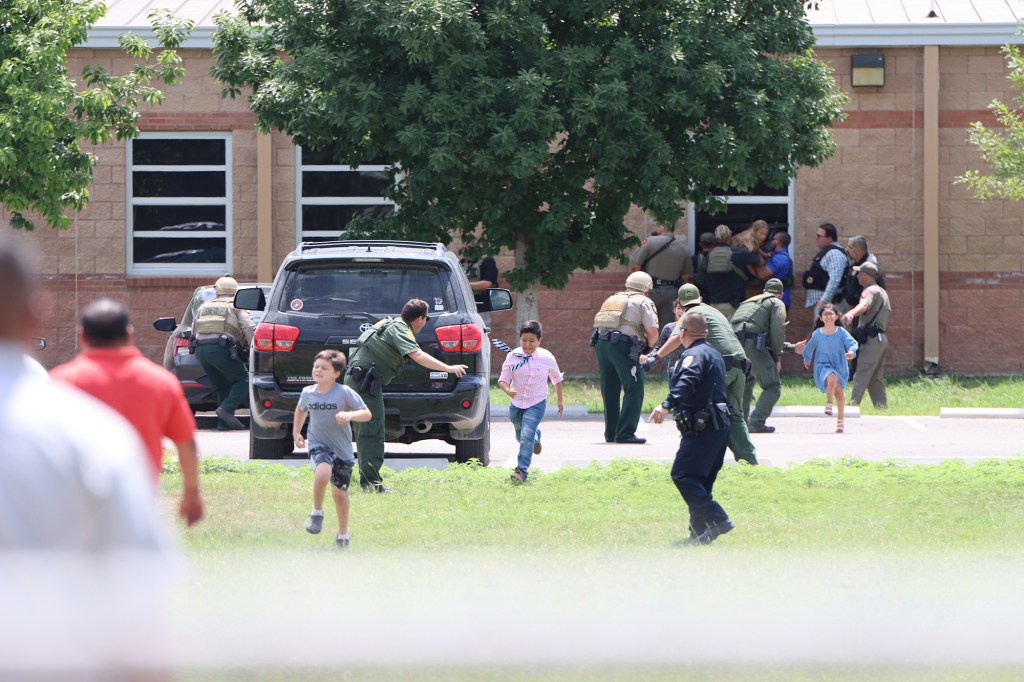 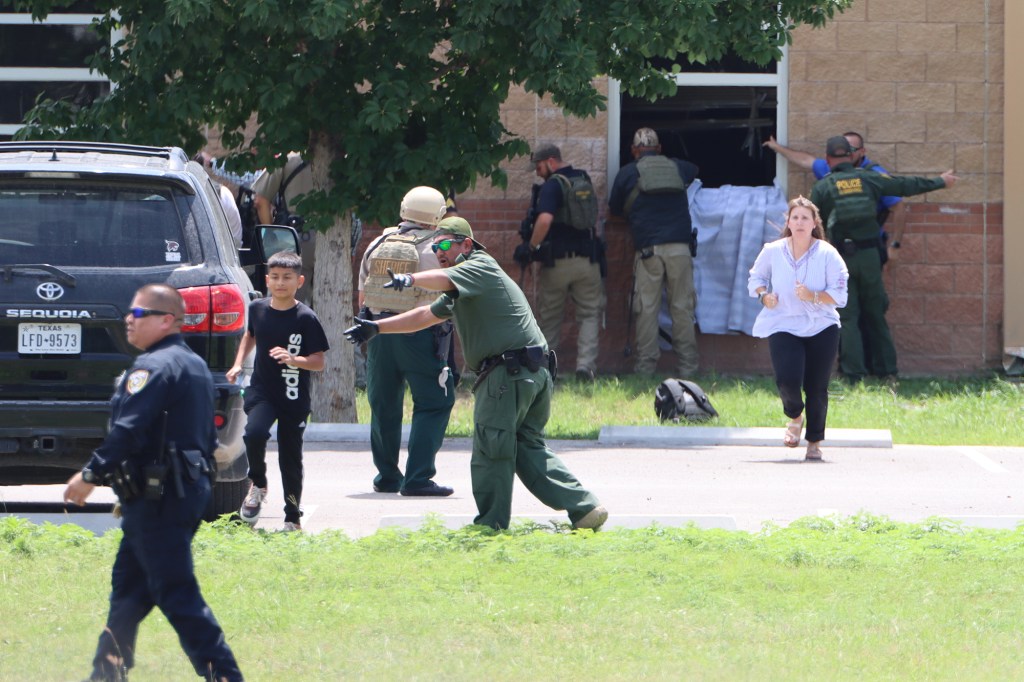 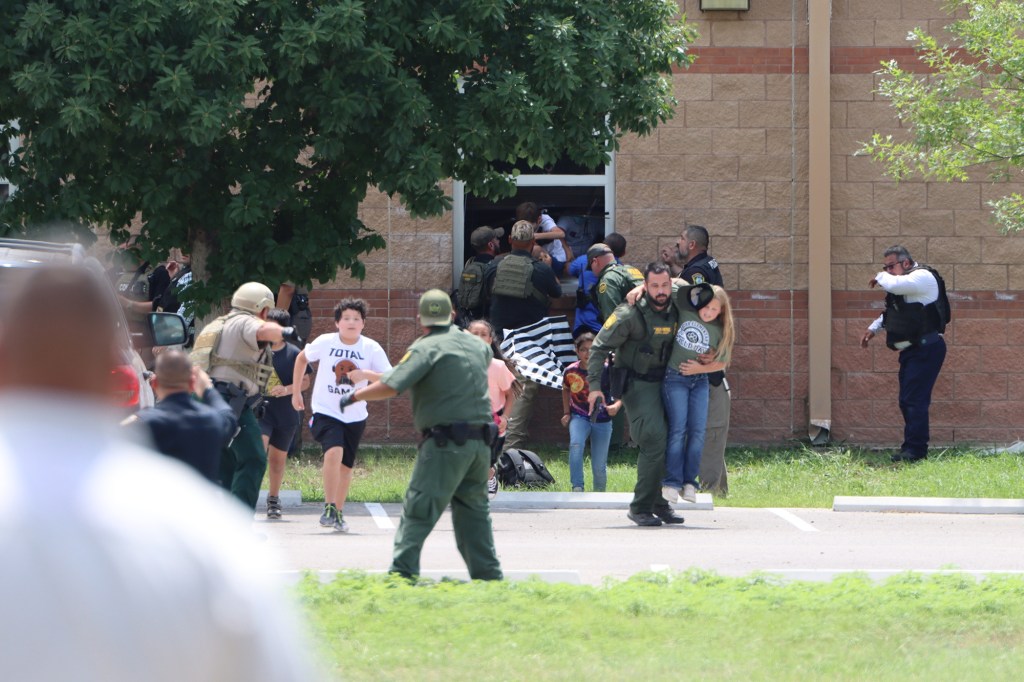 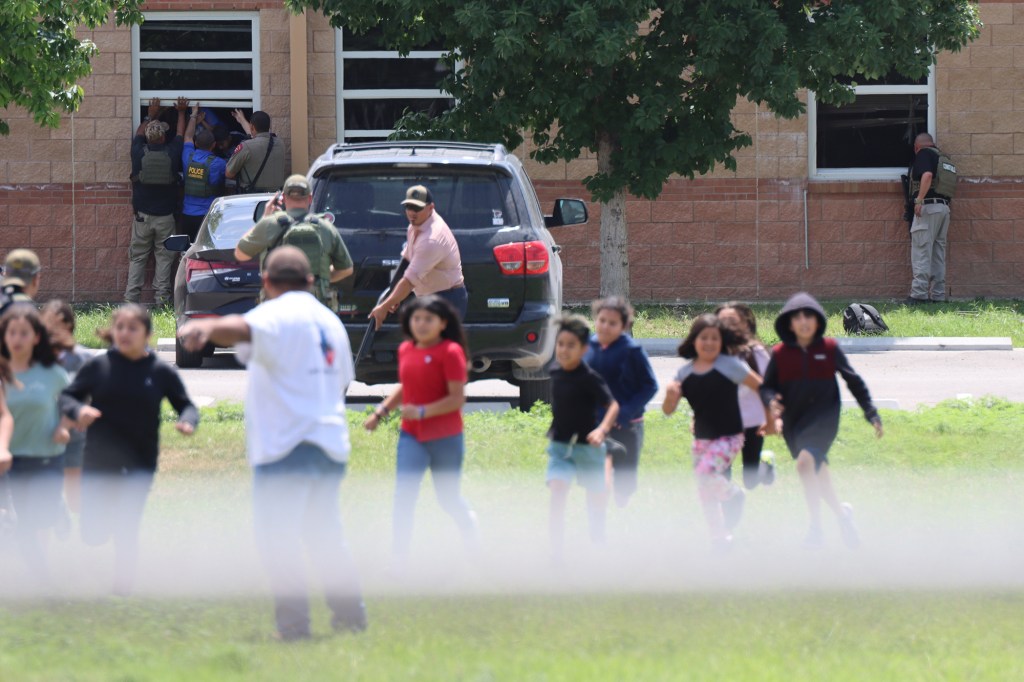 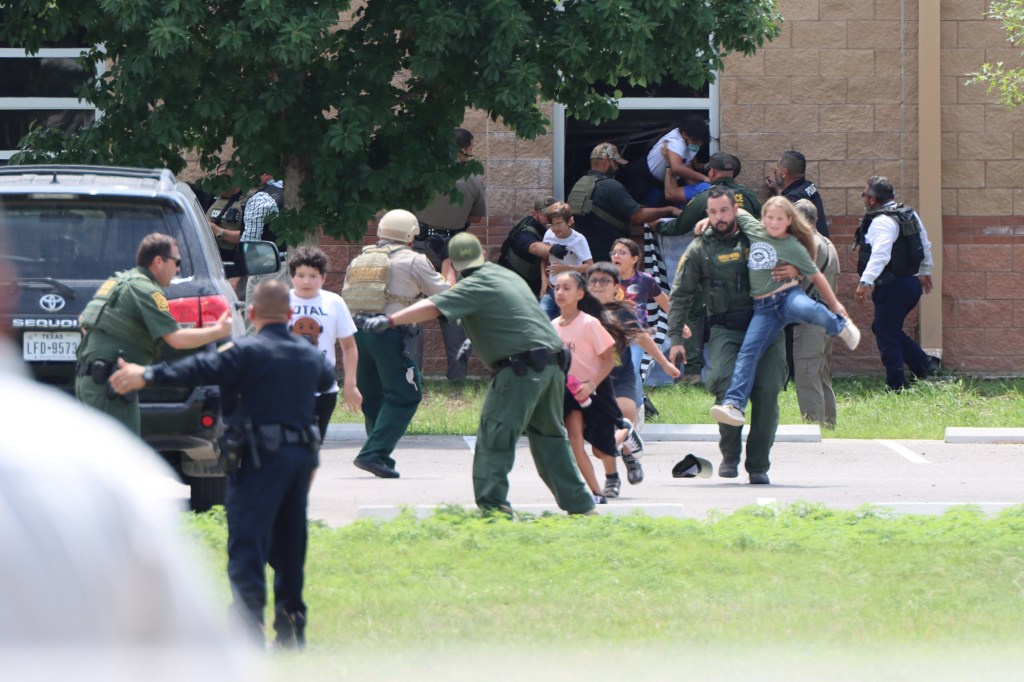 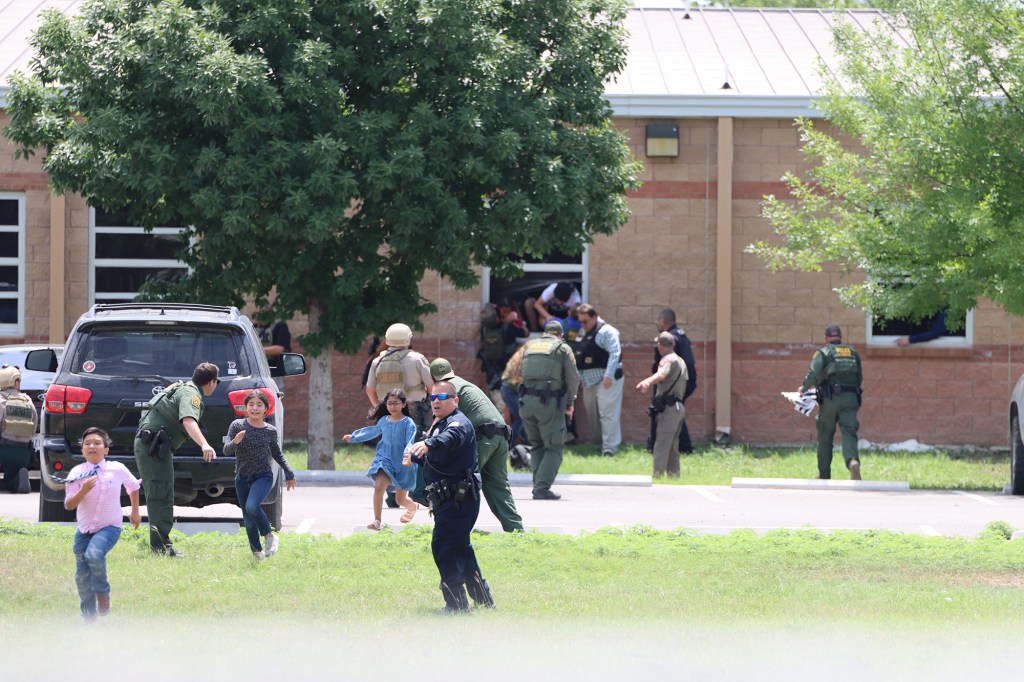 Col. Steven McCraw, director of the Texas Department of Public Safety, admitted cops bungled when they mistakenly changed the approach to the standoff from an open shooter situation to a “barricaded suspect” situation.

“With the benefit of hindsight, where I’m sitting now, of course it was not the right decision, it was the wrong decision, period,” McCraw told reporters at a news conference on Friday.

“There was no excuse for that.”