See It: Woman With Same Name as Doxxed ‘Libs of TikTok’ Posts Screenshots of Threats, Calls on WaPo’s Taylor Lorenz to Clarify Mistake

A woman says she’s been receiving threats against her and her family after Washington Post writer Taylor Lorenz doxxed the user behind popular Twitter account “Libs of TikTok.”

Chaya Raichik, a Jewish stay-at-home mother with a popular Instagram account, revealed several threatening messages she’s received online from angry Instagram users mixing her up with the woman behind “Libs of TikTok.”

Raichik also blasted Lorenz in her Instagram stories for triggering the onslaught of hate, writing. “[Taylor Lorenz] this is ON YOU! You need to clarify that this is not me. People are posting and tweeting my parents’ home address!!!!!! If anything happens to my family it’s on you!”

The woman later revealed that she has an autistic sister who lives with her parents. 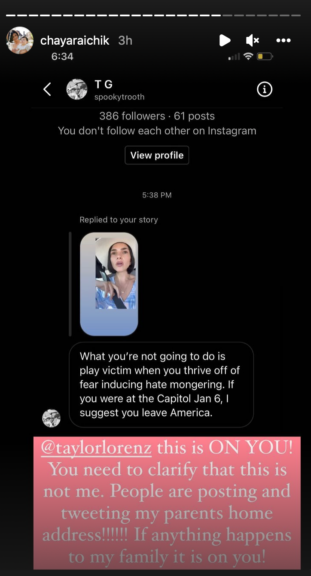 One message Raichik received said that she needed her children to be taken away from her and to “rot in hell.” The woman captioned the screenshot, “Please. Please stop.” 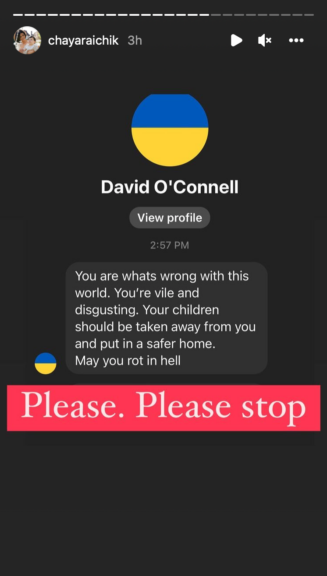 Even more disturbing, Raichik posted a screenshot of a social media user publicly posting her parents’ address and a cell phone number.

“This person and many others are posting my parents’ address,” she wrote. “This cell number I haven’t used in 5 years because I live in England. You are putting my parents and my autistic sister in danger you sick f***s.” 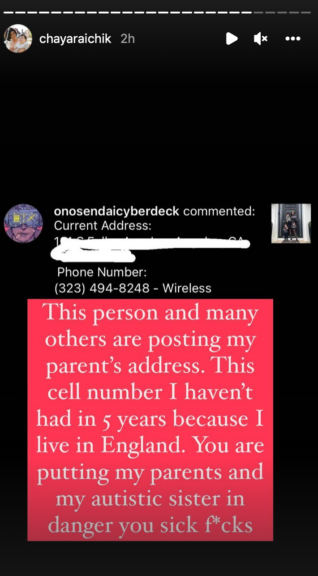 Another woman told Raichik that she, too, was being attacked for sharing the same name.

Lorenz has tried to redirect people away from Raichik via social media, for which Raichik thanked her publicly. 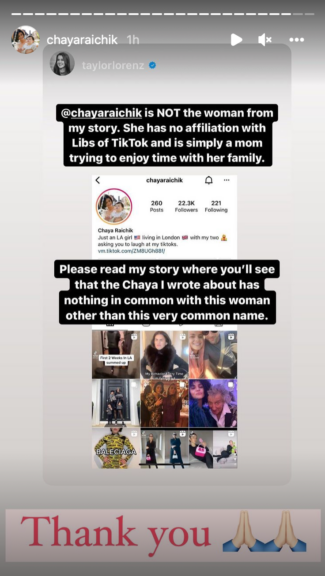 The threats Raichik has received over the last 24 hours are a glimpse into why “Libs of TikTok” stayed anonymous, even though she doesn’t do anything other than repost publicly shared TikTok videos from liberals. Still, Lorenz painted the woman behind Libs of TikTok as an extremist who incites hate against the marginalized.