See It: Putin Triggers Fears of Nuclear War By Showing Up to Funeral With Secret Case

“The Sun” reported President Putin carried a bouquet of roses to a funeral while an aide carried Russia’s “nuclear football”. 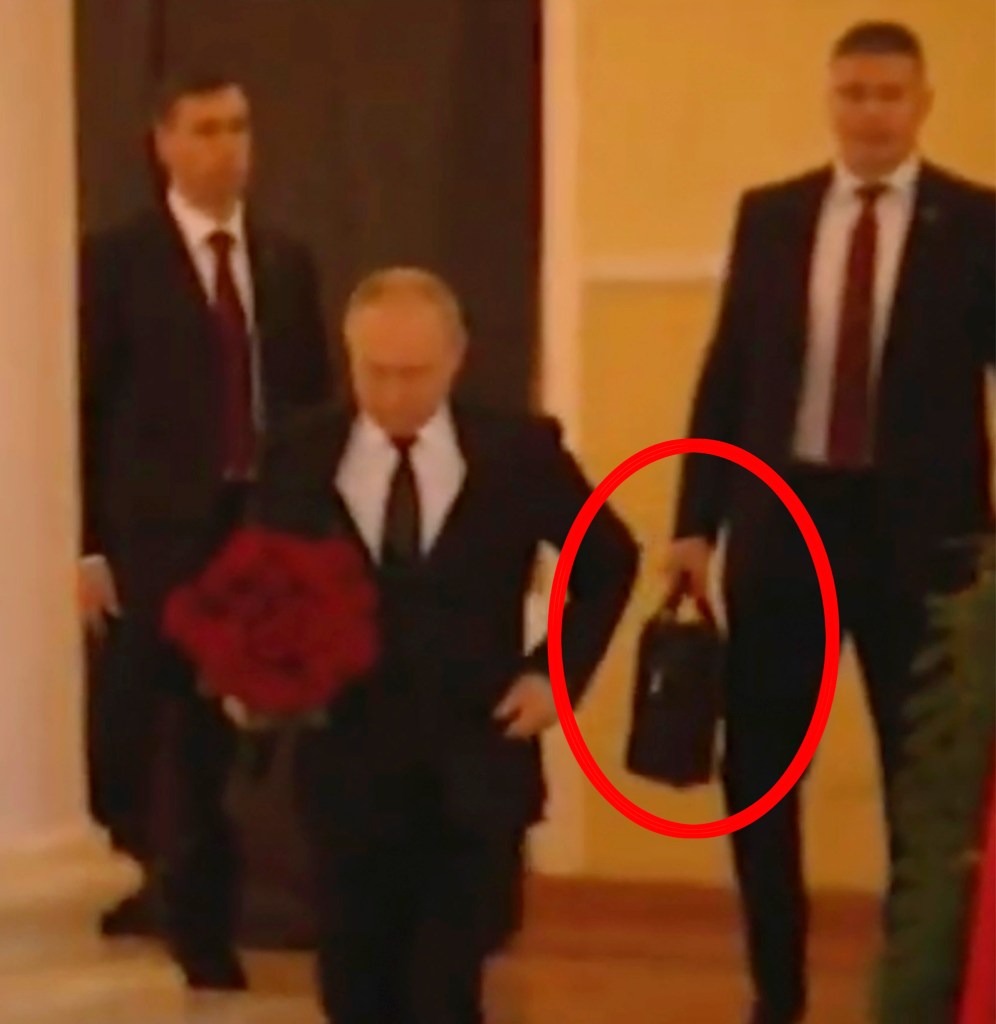 Russian State Duma speaker Vyacheslav Volodin said Zhirinovsky died after a long and serious illness, according to a “Radio Free Europe” report. The report explained Zhirinovsky had been in a Moscow hospital since early February after testing positive for COVID-19.

The tabloid noted fear of nuclear war has overshadowed the war in Ukraine after Putin announced he placed Russia’s nuclear forces had been placed on high alert.  His pronouncement early in the invasion served to limit Western military aid to Ukraine. Russian military have not had much success capturing key Ukrainian cities. That lack of success is sparking fears the former KGB agent may use tactical nukes to break the deadlock, according to the Sun’s report.

First, Russia does not have a policy forbidding first strikes with nuclear weapons. The Russian Federation has doctrine to use nuclear weapons if it was losing a conventional conflict with NATO forces, according to West Point’s Modern War Institute. “A nuclear attack against Ukraine would be intended to allow Russia to conclude a regional conflict on terms acceptable to its leadership,” report author Al Mauroni wrote.

Putin’s success at producing caution in the West’s response to his country’s war is bolstered by the large arsenal of Russian nuclear warheads.

Estimates from the “Bulletin of the Atomic Scientists” indicate Russia has a stockpile of approximately 4,477 nuclear warheads designated for long-range strategic launchers and shorter-range tactical nuclear forces. Their nuclear arsenal swells to nearly 6,000 missiles if retired, but still active, weapons are added to the tally.

Fear of escalation from conventional to nuclear are probably premature because fighting has only been going on for about one month. The sight of Putin with the machine used to authorize a nuclear launch is disingenuous because U.S. Presidents routinely travel with the so-called “nuclear football”.

The New York Post posted a video of Putin’s arrival at the funeral.