New images show the Florida mansion where Jeffrey Epstein is said to have sexually abused underage girls and young women, allegedly with the help of British socialite Ghislaine Maxwell.

One of the snaps depicts a marble-walled room decked out with a massage table and a black desk. Hanging over it is a black-and-white portrait of Maxwell holding what appears to be a Yorkshire terrier dog. 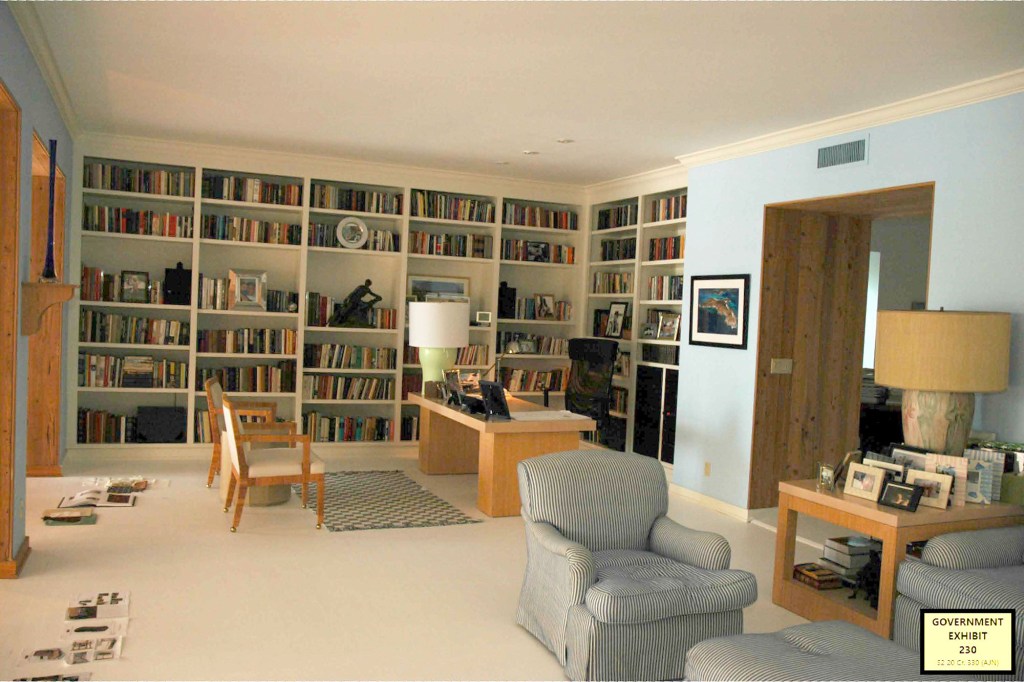 Multiple witnesses have testified that Maxwell owned a Yorkie named Max for several years in the 1990s and early 2000s.

The area, which adjoins the master bedroom and bathroom, also has a bathtub with a bizarre statue of what seems to be an erect cat standing on a ledge. 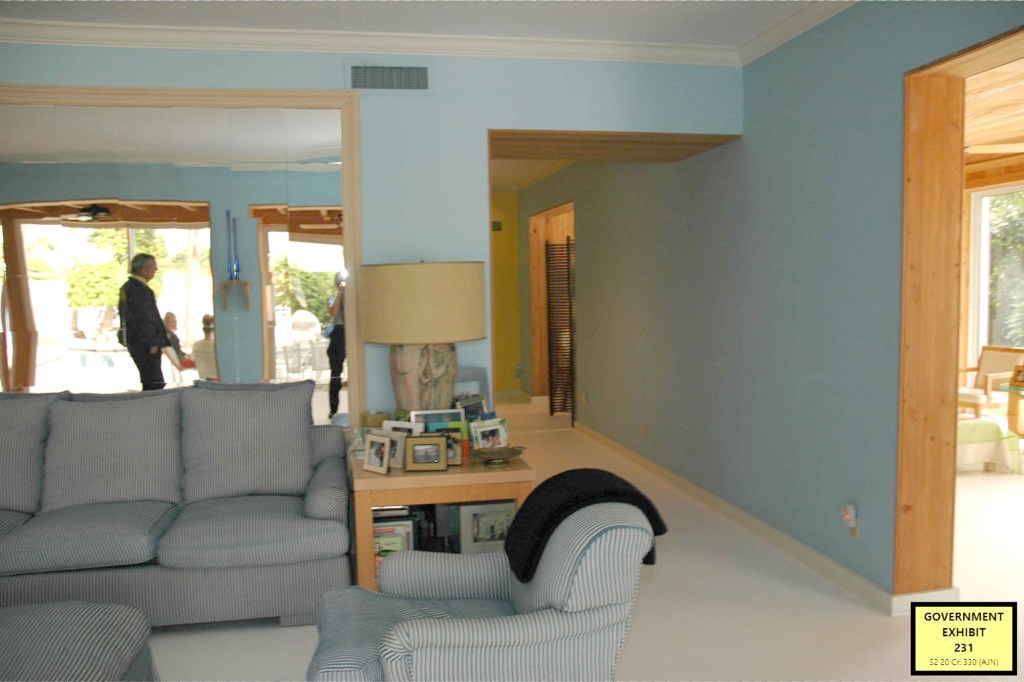 A witness identified by the pseudonym “Jane” testified last week that the dead sex offender abused her in a “massage room” at the multimillion-dollar estate while she was between the ages of 14 and 16.

“It looked like it was maybe supposed to be a giant walk-in closet. And it was very dark,” the woman recalled.

“I don’t think I saw anything past the massage table.” 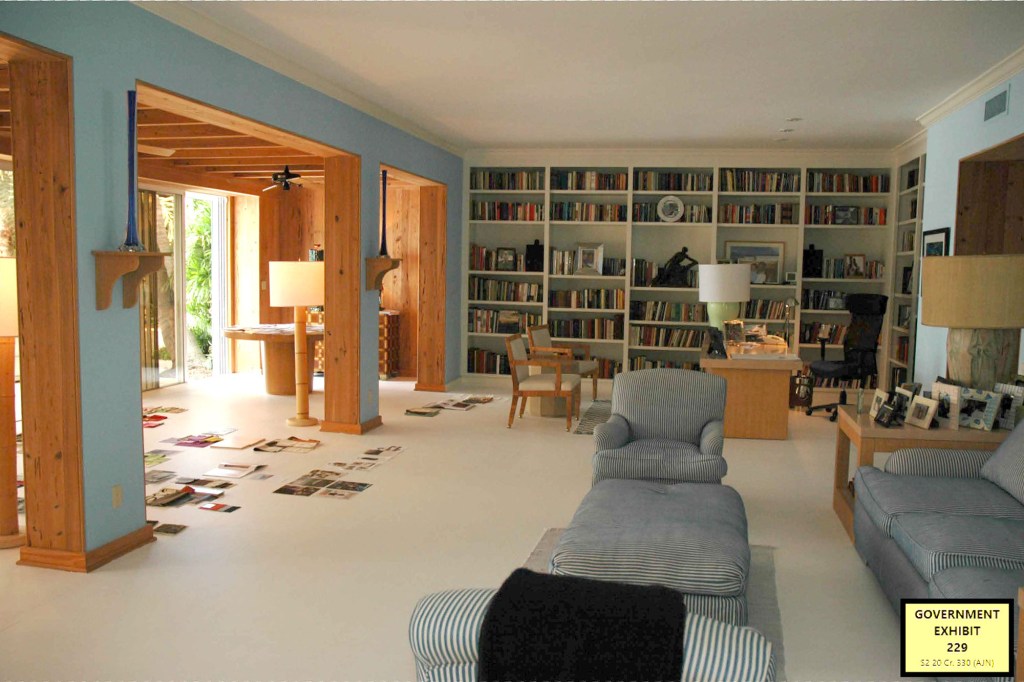 The images, taken during a Palm Beach police raid on the estate in 2005, also show the master bedroom, complete with a four-poster bed and white couch.

There are also pictures of the pool, where longtime housekeeper Juan Alessi testified that he would often see countless young women hang out with Epstein and Maxwell, usually topless. 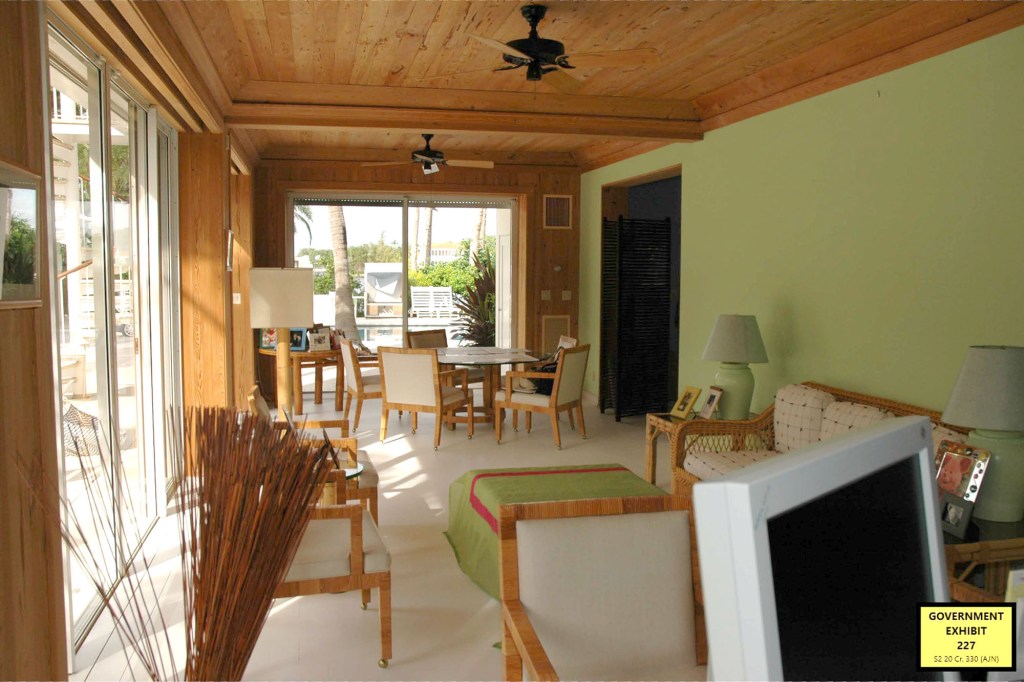 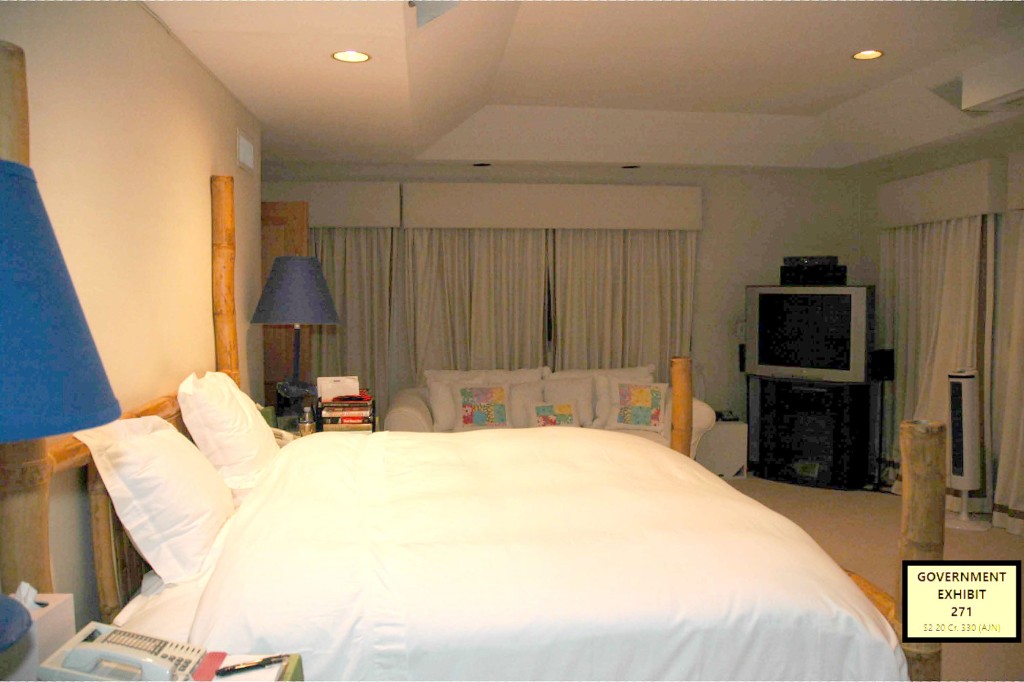 The caretaker said he put the object inside a wicker basket in Maxwell’s closet in the home, which contained other sex toys and pornography, because “that’s the place it was kept all the time.”

Several women have alleged that Epstein, and at times Maxwell, would sexually abuse them during the so-called massage sessions, including with sex toys.

Palm Beach officer Sgt. Michael Dawson took the stand Friday and said cops were looking for massage tables and oils and sex toys, as well as journals and correspondence, when they raided the home. 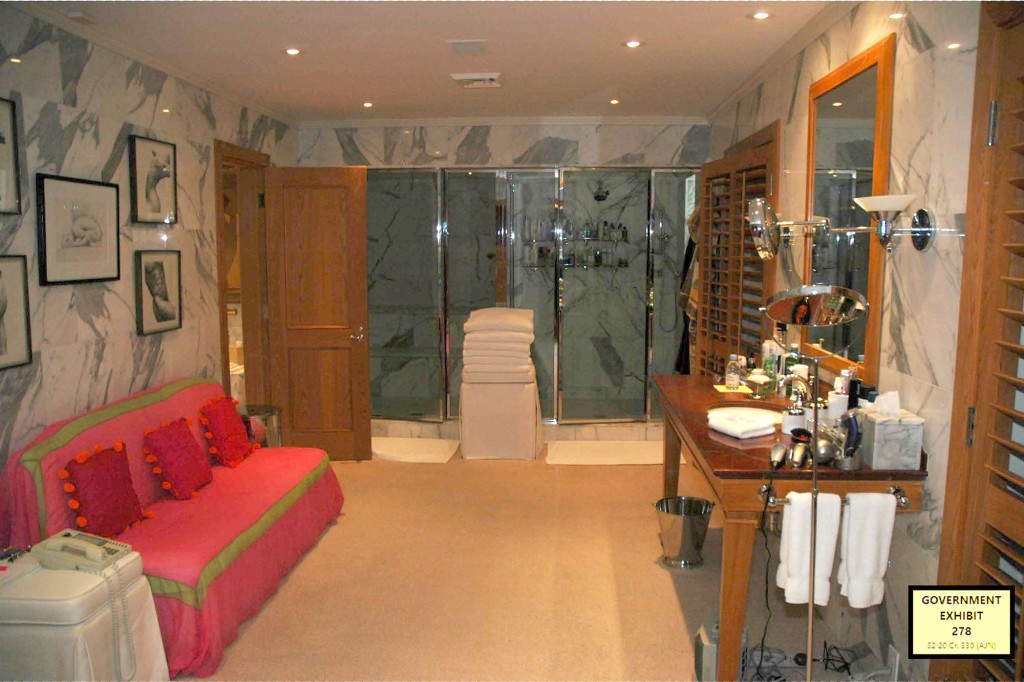 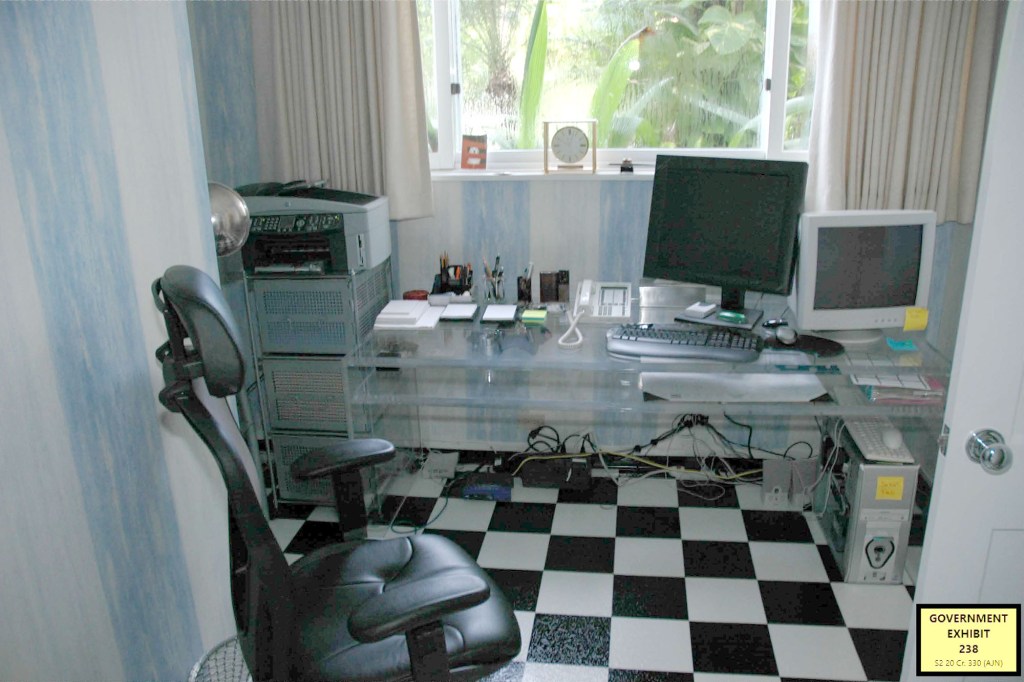 Video of the raid was first published in August 2019, after Epstein’s suicide behind bars while awaiting trial on sex-trafficking charges. 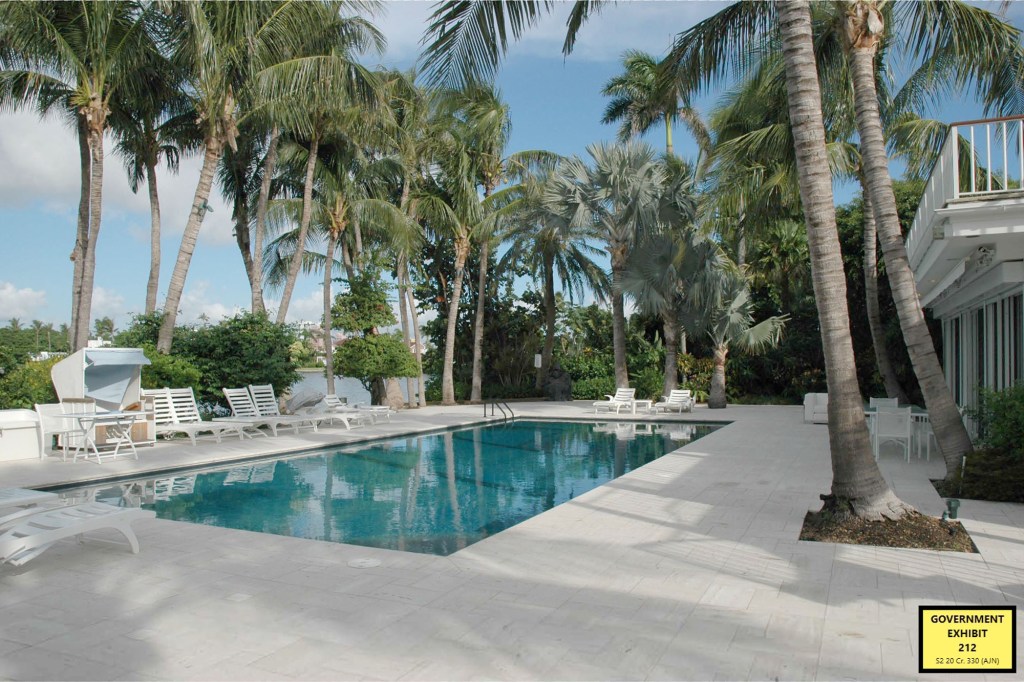 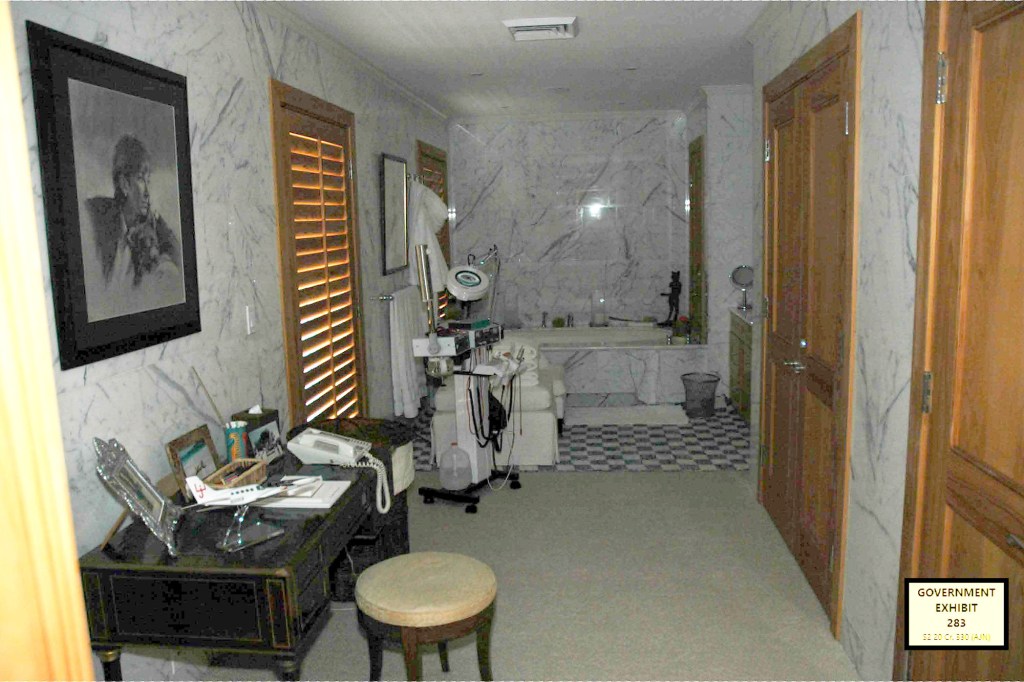 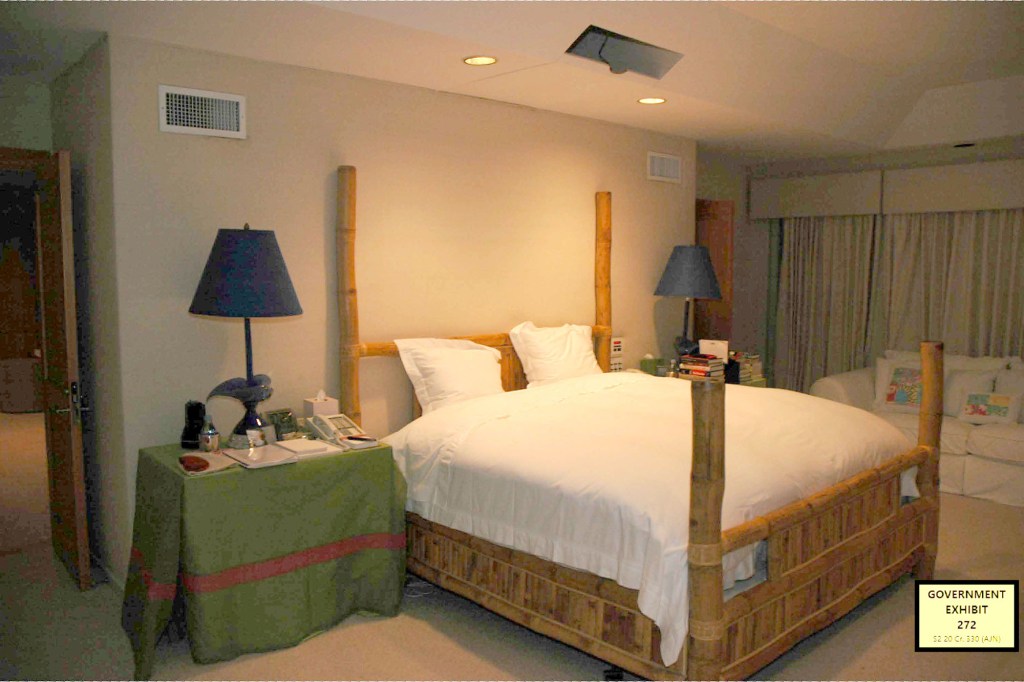