Colorado Republican Rep. Lauren Boebert sent a clear message to President Joe Biden on Tuesday with her “Drill Baby Drill” dress at the State of the Union address.

Boebert truly turned heads at the U.S. Capitol when she arrived in a black satin number that went down past her knees complete with a cropped matching jacket that had the letters “Drill Baby Drill” in gold metallic across the back of it.

LOOK: Rep. Lauren Boebert wears a dress with "Drill Baby Drill" on it during tonight's #SOTU.

Boebert’s statement also follows record high inflation under Biden that’s resulted in sky-rocketing costs at the pump amid calls by Republicans to reverse course and continue construction on the Keystone XL pipeline.

Multiple officials drew attention during the State of the Union address, and not because of what they were wearing. Quite the opposite, in fact. What they weren’t wearing. Joe Biden, House Speaker Nancy Pelosi (D-CA), and most all other Democrats who showed up without their masks. 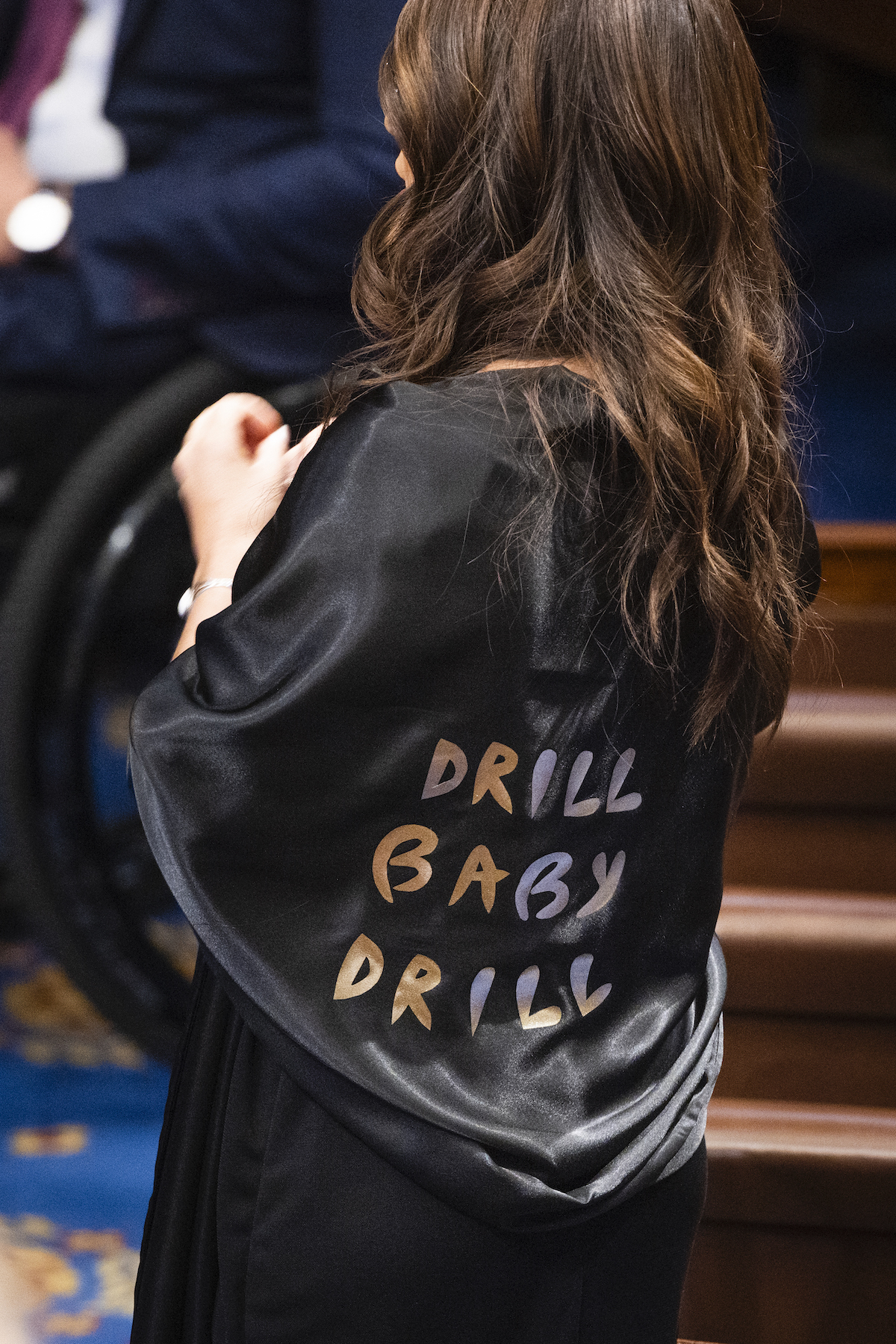 The extremely recent change, which Sen. Ted Cruz (R-TX) mocked as a “State of the Union Miracle,” comes after leading Democrats have insisted masks are effective and essential, and anyone who questions this is a “moron” — to borrow a word from Rep. Pelosi.

Back in July, Pelosi reportedly called Republican House Minority Leader Kevin McCarthy a “moron” after he criticized a mask mandate in the House.

“He’s such a moron,” Pelosi said about McCarthy, CNN reported.

“Make no mistake — The threat of bringing masks back is not a decision based on science, but a decision conjured up by liberal government officials who want to continue to live in a perpetual pandemic state,” McCarthy pointed out, drawing venom from Pelosi.

Pelosi, of course, was spotted breaking city lockdown rules back in 2020 to get her hair done indoors at a San Francisco salon, at times without wearing a mask. The Democrat blamed the salon owner after she was caught.