A Russian embassy has sparked outrage by accusing a Ukrainian beauty influencer of being a crisis actor at the devastating maternity hospital blast that killed three people, including a young girl.

The Kremlin’s embassy in London first stamped a giant “FAKE” over tweeted photos of Wednesday’s atrocity in Mariupol, insisting the hospital only housed neo-Nazi radicals.

When commentators pointed to photos of a heavily pregnant woman fleeing with blood dripping from her face, the embassy claimed it was just “some very realistic make-up,” the Times of London said.

“She actually played roles of both pregnant women in the photos.”

As evidence, they presented a claim that the images were taken by a “famous propagandist photographer” — naming an award-winning war photographer covering the invasion for the Associated Press. 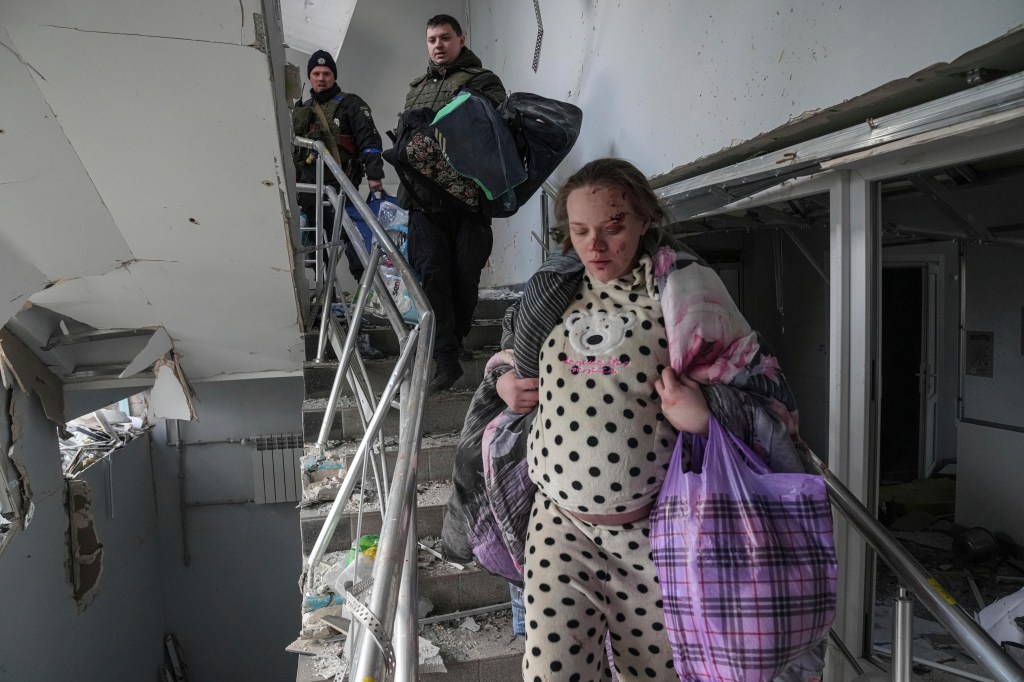 Before the hospital attack, the same journalist had captured harrowing images of bodies being buried in a mass grave in the city that the Red Cross said now looks “apocalyptic.”

While Podgurskaya has yet to be confirmed as the bloodied woman in the hospital images, she is based in Mariupol and a week ago posted an Instagram image of her heavily pregnant belly.

Still, the embassy insisted that “she could not be in the maternity house at the time of the strike, as it has long been taken by the neo-Nazi Azov Battalion who told all the staff to clear the place.”

Twitter eventually removed the posts after outrage from the highest corners of Britain’s government, the UK Times said.

“This is fake news,” tweeted UK Culture Secretary Nadine Dorries, while a spokesman for Prime Minister Boris Johnson told the Guardian, “It is clear that this is further disinformation.”

“You have seen the pictures of the people who were wounded during that attack, and you have seen what the prime minister said in his tweet,” the spokesman said, referring to Johnson having said that “there are few things more depraved than targeting the vulnerable and defenseless.”

While the embassy’s tweets were removed, its page still shared a retweeted video by the Russian Mission in Geneva also insisting the harrowing hospital attack was “fake news.” 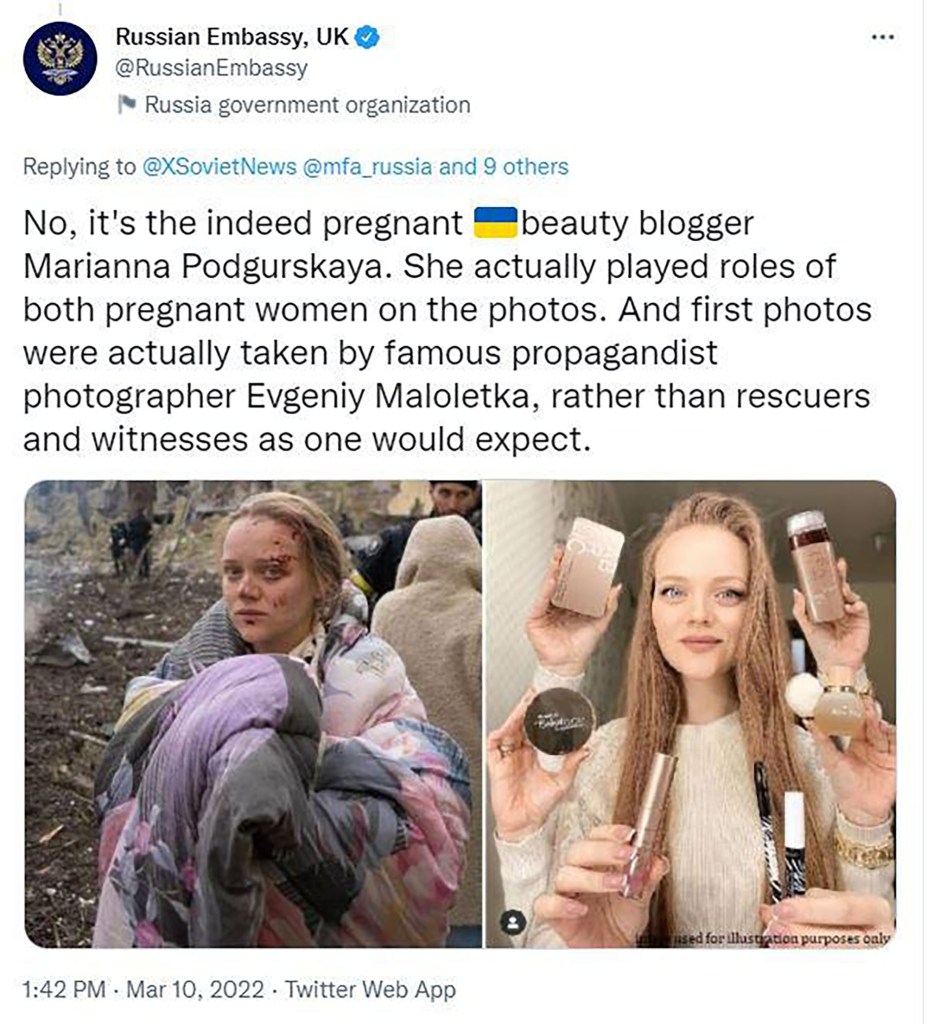