Prosecutors in the murder trial of an Ohio man charged in the 2016 massacre of eight members of a rival family presented chilling texts shedding light on a bitter custody battle that allegedly led to the slaughter.

George Wagner IV, 30, is the first defendant to go on trial in Pike County Court more than six years after the shocking execution-style killings of the Rhoden family.

Wagner IV — along with his father George “Billy” Wagner III, mother Anglea Wagner and brother Edward “Jake” Wagner– is accused of killing the Rhodens on their property at the foothills of the Appalachian Mountains on April 22, 2016.

At the trial Thursday, a Bureau of Criminal Investigations agent read aloud text messages between Jake Wagner and Hannah Rhoden from November 2013, documenting their custody strife — which began before their daughter, Sophia, was even born.

Prosecutors have said the furious disagreements between Jake and Hannah over Sophia’s upbringing were the main motive behind the massacre.

In text conversations presented in court, Jake and Hannah clashed repeatedly over their relationship, where they would live and who their baby would stay with, reported WCPO.

Jake, who began dating Hannah when she was 13 and got her pregnant two years later, insisted they move in with his parents and brother, but his girlfriend resisted. 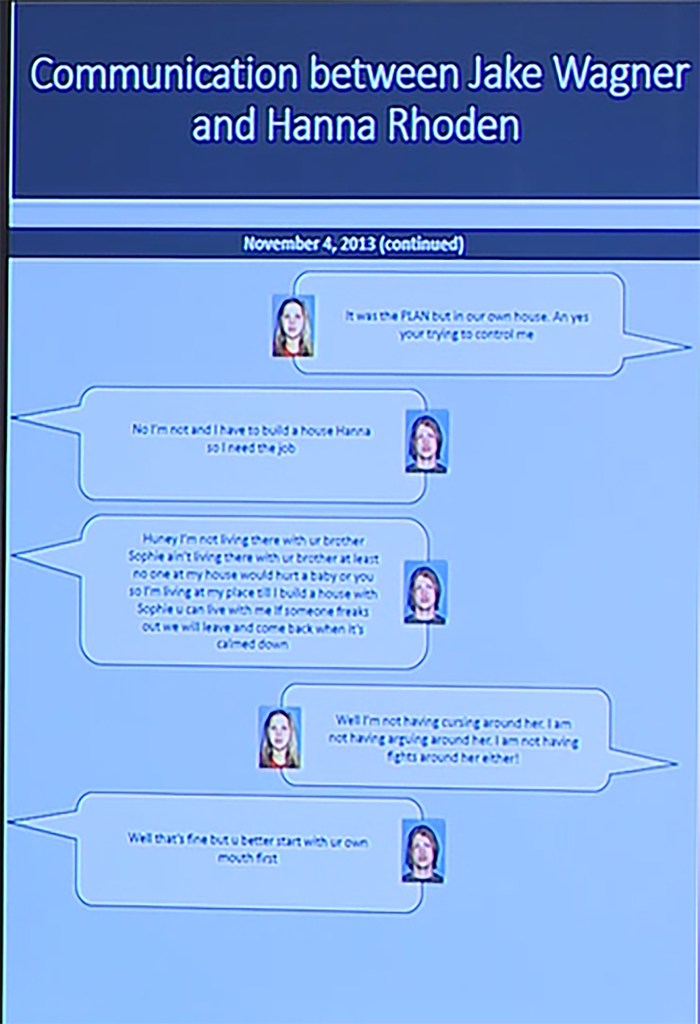 Hannah replied that if he tried to take the baby from her, it would be his worst mistake.

“Hanna I’m telling you right now make a choice and make it now if u do this it’s over and I’ll take Sophie and if I have to by force,” Jake replied. “I love u with all my heart if u love me and Sophie u will make the right choice I want u to live with me and Sophie. That don’t mean we have to stay at my house all the time but she will live wear ever (sic) I am.”

The couple continued bickering via text for the next two years, with Hannah refusing to live with his family and insisting they get their own place.

In March 2015, she sent Jake a text that read: “I don’t want to be with you. You hurt me,” alluding to alleged domestic violence. 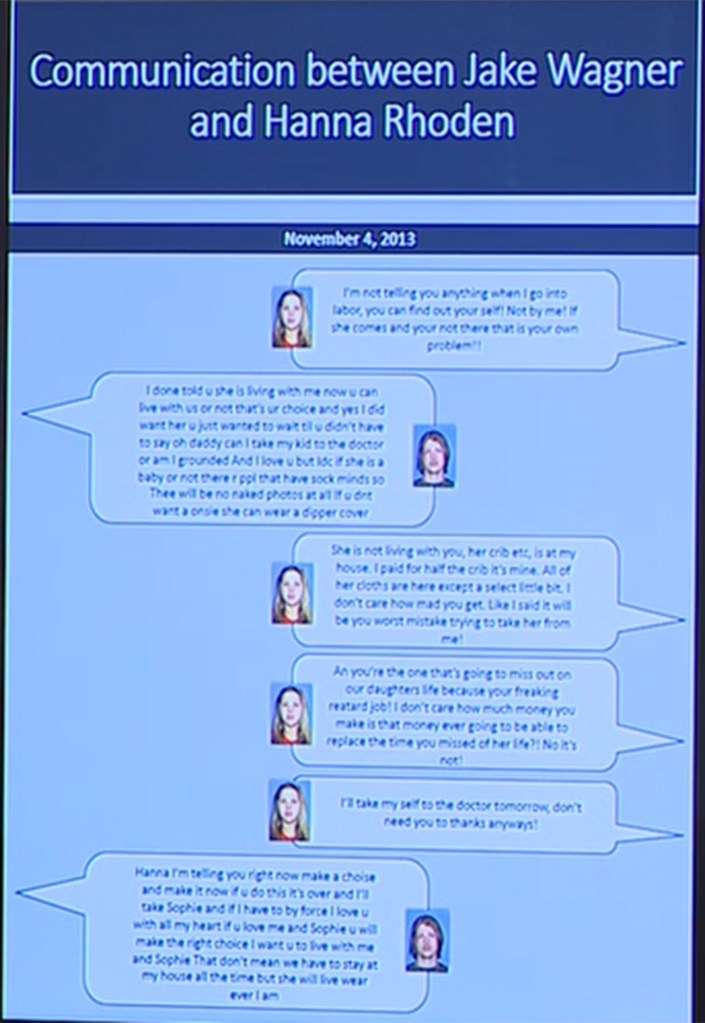 The couple ultimately split, and the fight over custody of their daughter intensified. Rhoden refused to sign papers agreeing to share custody with Jake’s brother, George.

“They will have to kill me first,” she wrote in a message on Facebook in December 2015.

Prosecutors said members of the Wagner clan spent months preparing for the attack on Hannah and her family, including building homemade silencers and procuring phone jammers to prevent the victims from calling for help.