An English teacher in Montgomery County Public Schools — the largest school district in Maryland — told students to take a “white privilege test” before reading a book that addresses themes of racism and police brutality.

Ninth-grade English students at Sherwood High School were given pre-reading questions for the book “All American Boys” on Monday, Nov. 8, according to a file reviewed by the Daily Caller. The questions linked directly to a Vox article titled “what it means to be anti-racist” and a test called the “white privilege test.” The Vox article promoted the work of “anti-racist” scholar and author Ibram X. Kendi.

The “white privilege test” was adapted by “research on white privilege” from anti-racist activist Peggy McIntosh, according to the test. Students were told to answer “yes or no” to 25 statements.

Statements of white privilege include, “I can go shopping alone and be sure that I won’t be followed or harassed,” “In the history I have studied, my ancestors are given a lot of attention and credit,” and “I never feel out of place, outnumbered, unheard, feared, or hated in my clubs and activities. Instead, I feel tied in and welcomed,” among others. 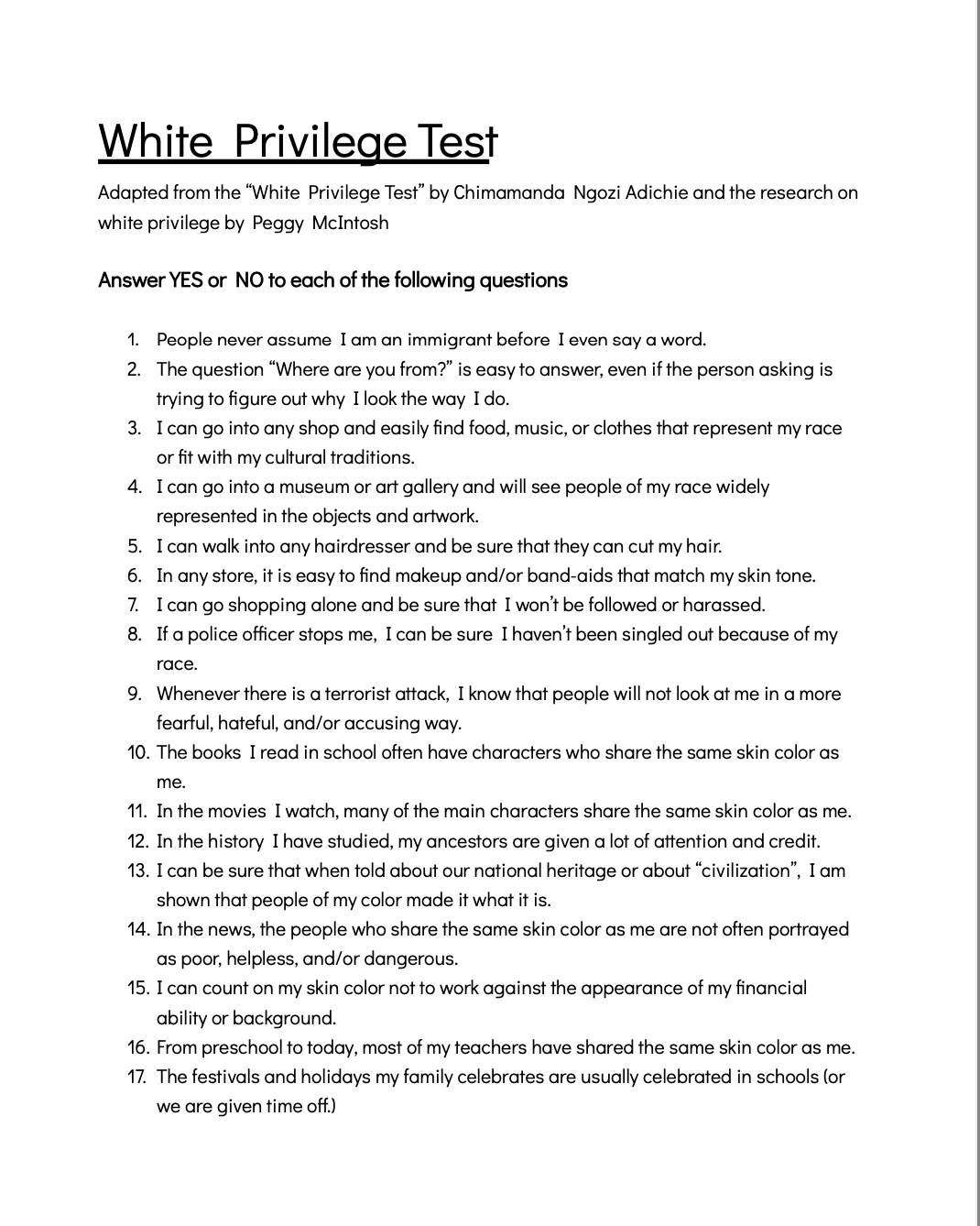 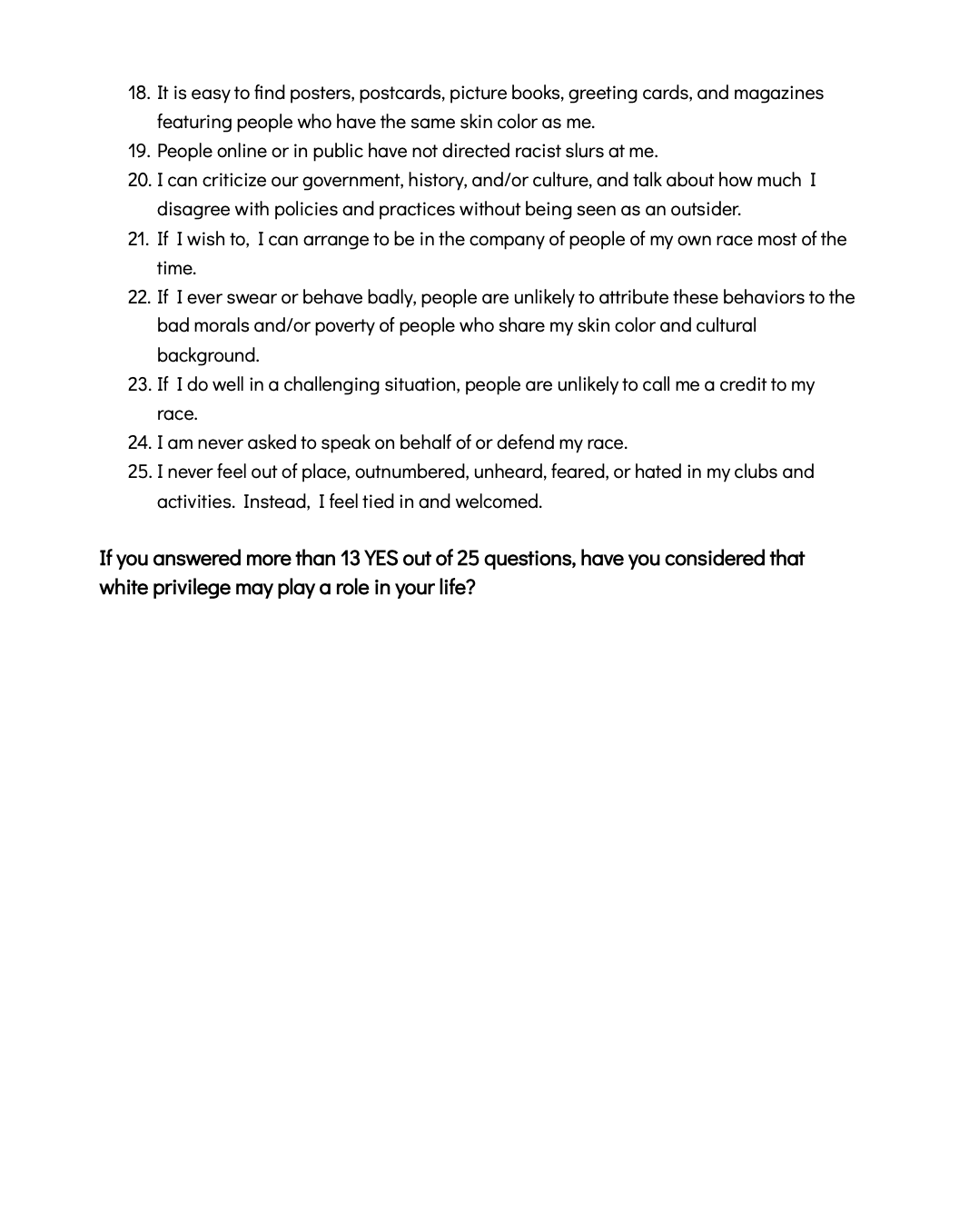 Students were told if they answer yes to at least 13 questions they should consider what role that white privilege plays in their life.

An educator in Montgomery County Public Schools told the Daily Caller that she does not believe that the white privilege test is part of the district’s curriculum.

The test was part of a pre-reading quiz given to students, which asked questions about the importance of being anti-racist, what white privilege means, and how privilege, systemic racism, and bias have impacted students’ lives. 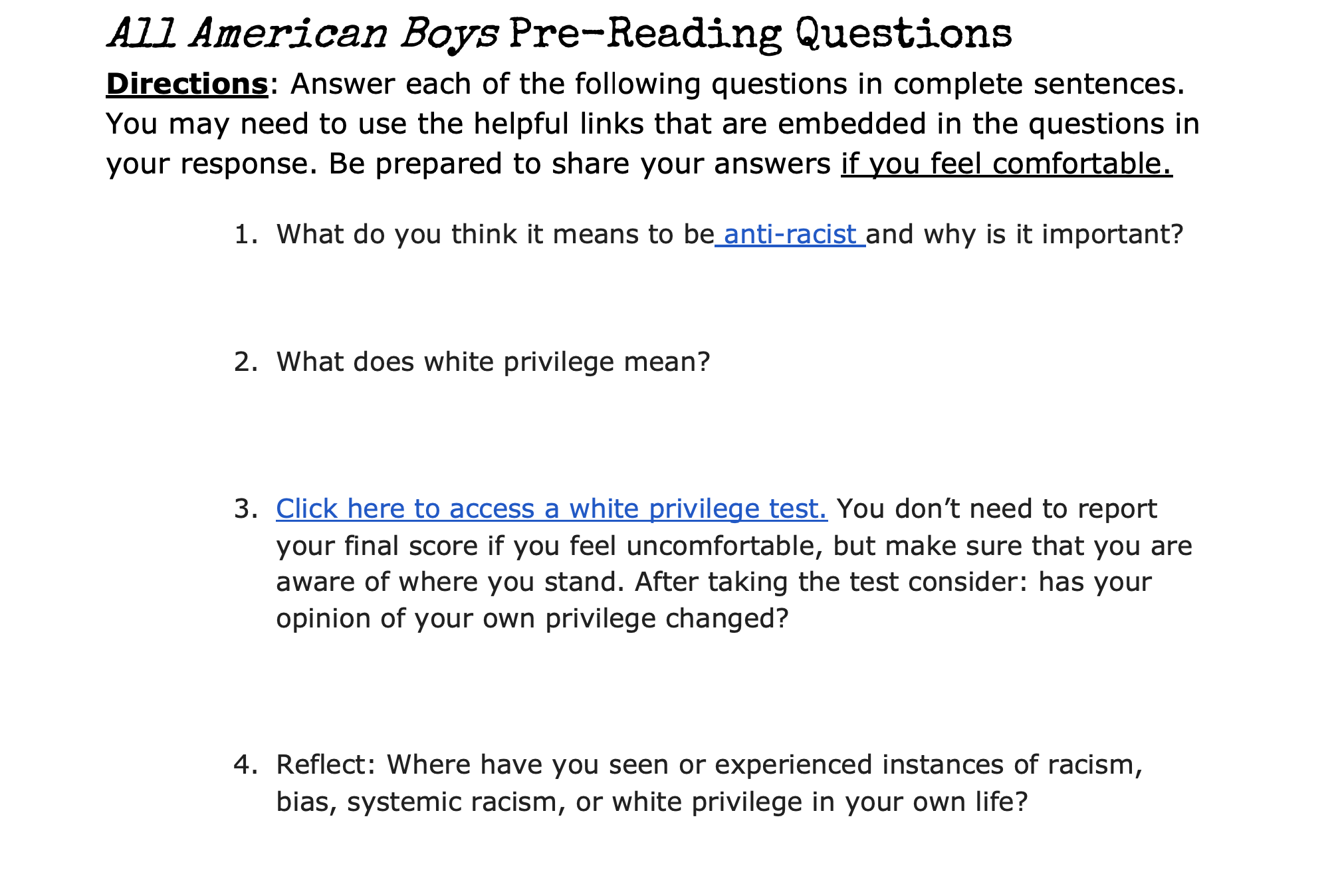 “[The teacher] had the opportunity to discuss the horrific consequences of racism, but instead prefaces the book with an assignment in this context, implying my [child] and his classmates that are white, are handed opportunities based on their skin color,” the father said. “What are non-white kids supposed to do with this assignment?”

“All American Boys” has drawn ire from parents across the country. The book was written by activists in the aftermath of the death of Michael Brown in Ferguson, Missouri. The front cover of the book shows a man with his hands up, seemingly referencing the since-debunked claim that Brown put his hands up and said “don’t shoot” before he was fatally shot by police.

The book has been “banned and challenged” nationwide because parents dislike the “profanity, drug use, alcoholism,” “anti-police views,” and “divisive topics” discussed in the book, according to the American Library Association.