Two Afghan journalists were left severely battered and bruised after being beaten by Taliban fighters for covering a women’s protest in Kabul.

Photographer Nematullah Naqdi and reporter Taqi Daryabi revealed their horrific injuries, including severe welts and bruising to their backs and legs, on Thursday.

The pair say they were beaten with batons, electrical cables and whips after being detained for several hours by Taliban fighters a day earlier. 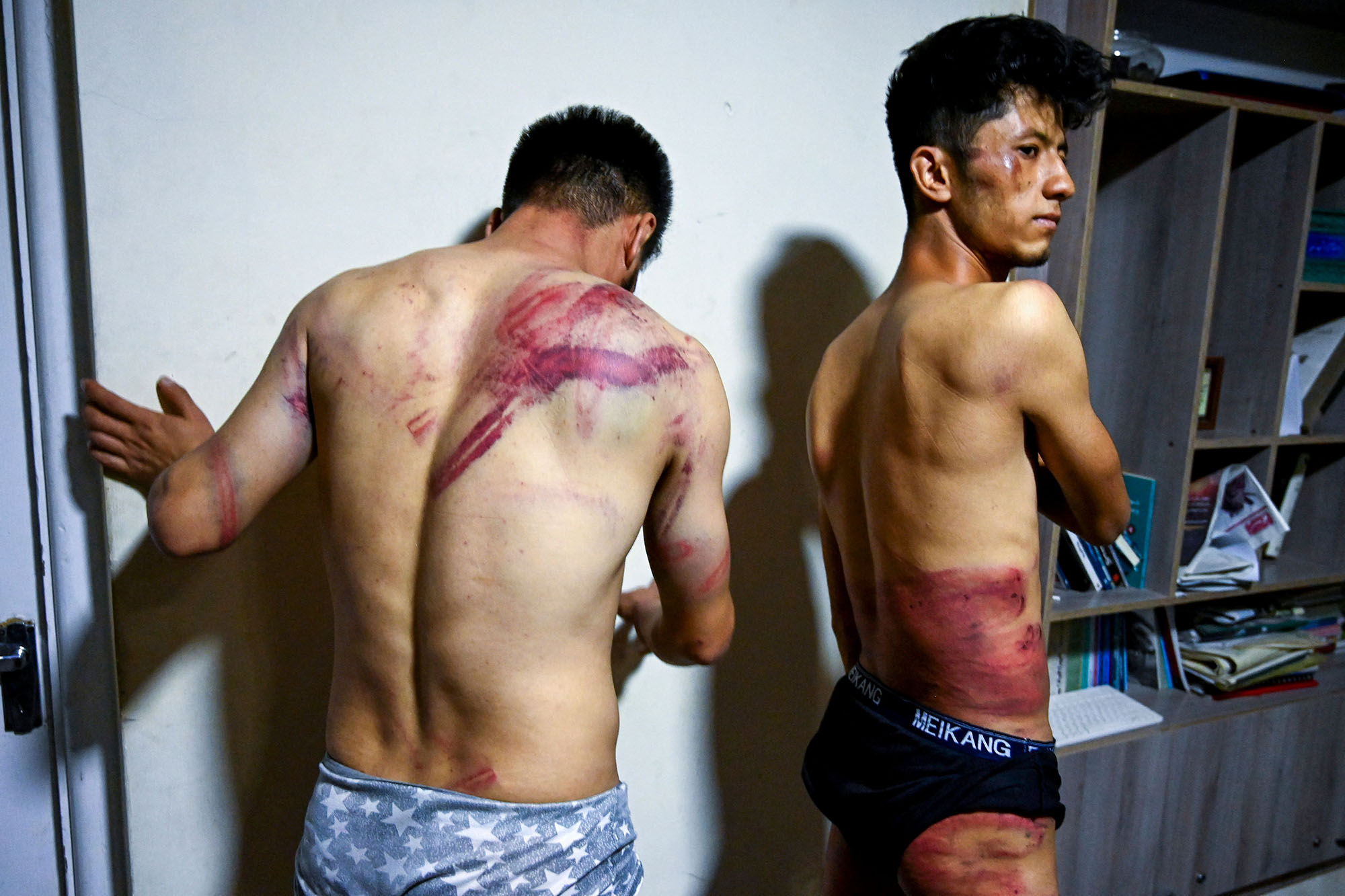 One of the Taliban put his foot on my head, crushed my face against the concrete. They kicked me in the head … I thought they were going to kill me,” Naqdi told Agence France-Presse.

When he asked why they were being beaten, Naqdi said he was told: “You are lucky you weren’t beheaded.”

Daryabi added: “We were in so much pain that we couldn’t move.” 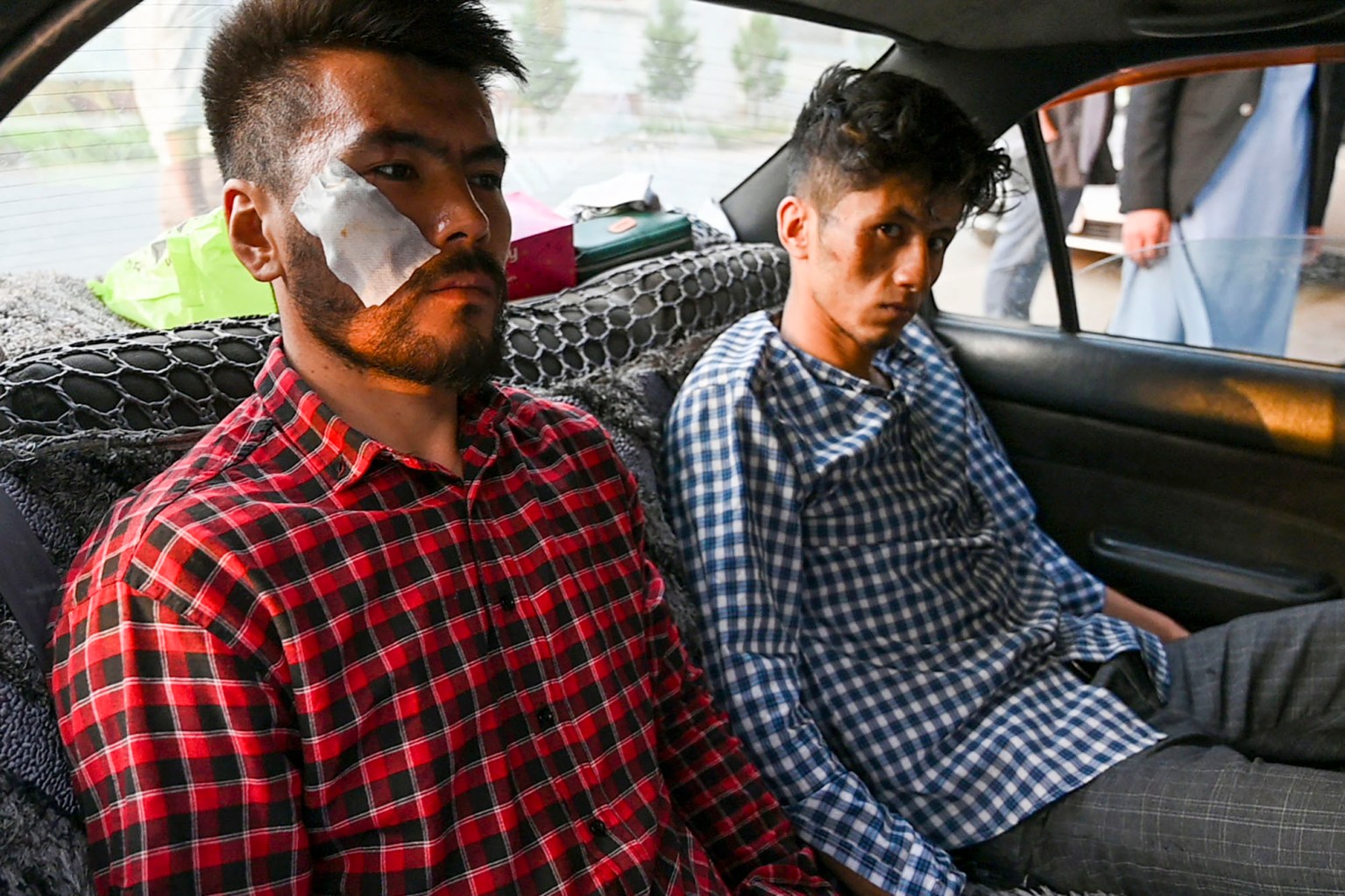 The pair, who work for Afghan outlet Etilaat Roz, were covering the protest on Wednesday outside a Kabul police station that called for an end to Taliban violations of women and girls.

Naqdi said a Taliban fighter immediately tried to grab his camera when he started taking photos of the protest.

The photographer said the Taliban were rounding up anyone filming or taking photos of the demonstration. 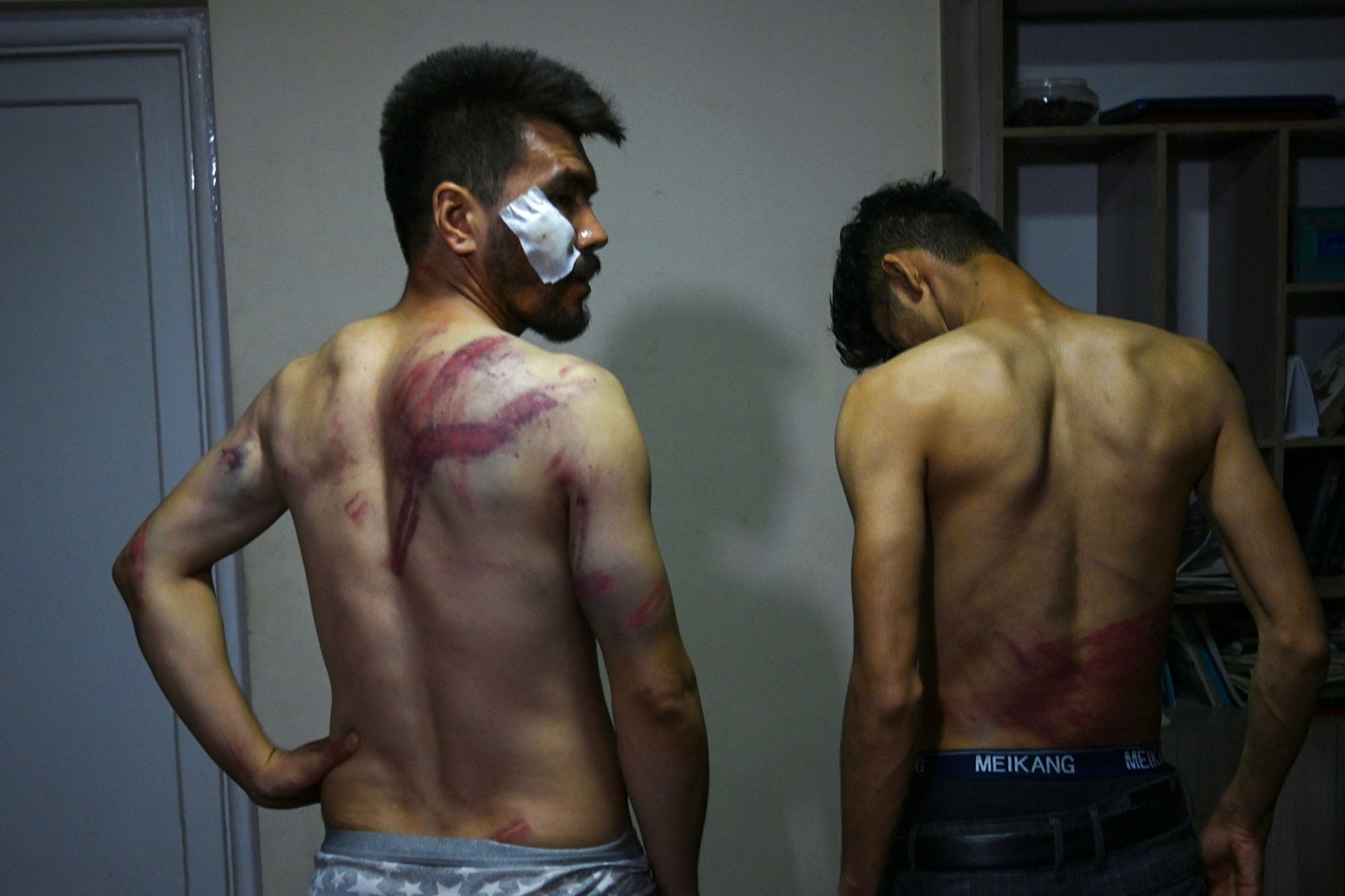 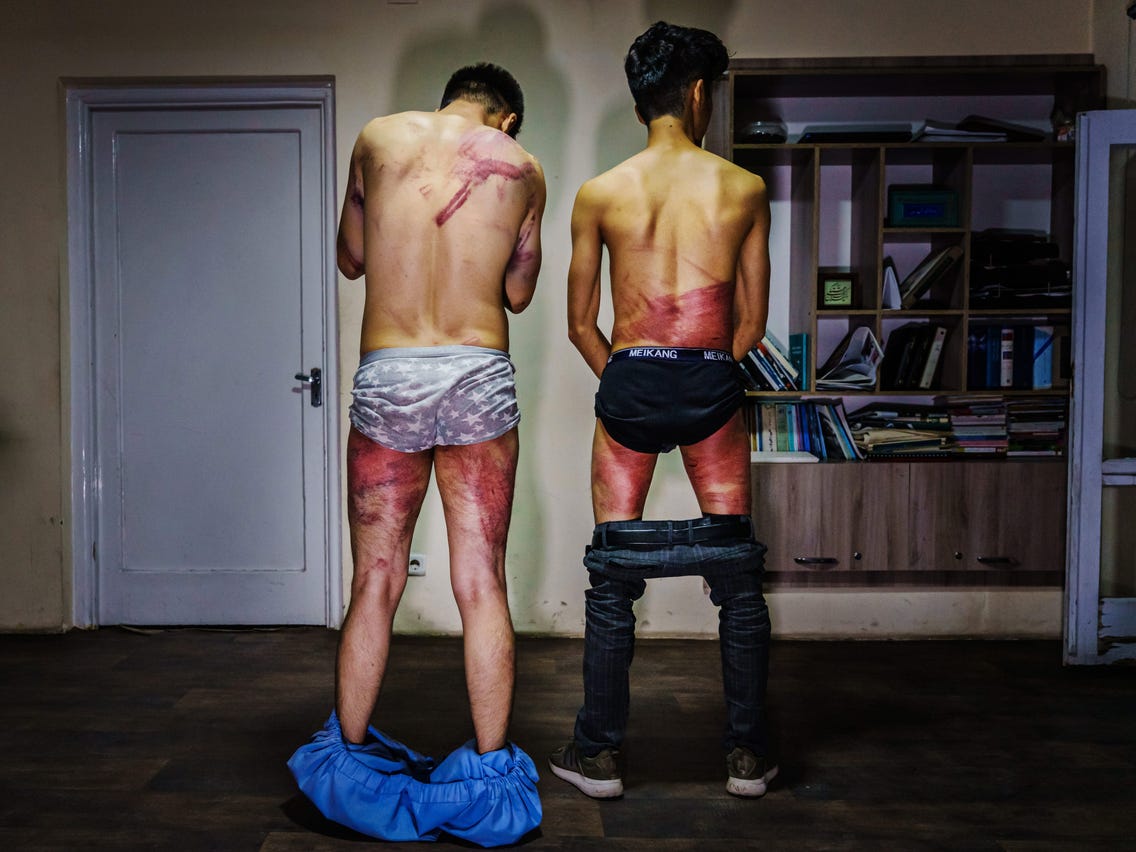