A Pennsylvania elementary school has rejected establishing an “After School Satan Club” — a controversial extracurricular educational program sponsored by the Satanic Temple of the United States.

Northern Elementary School in York considered introducing the club to the school’s programs at a board meeting on Tuesday night after a parent had proposed the school have a Satan Club, Fox 5 reported.

The principal of the school had initially rejected starting the club but was up for a vote by the board before they shut it down.

The Satanic Temple offers the program in select public schools as an alternative to Christian Good News and is meant to be educationally enriching.

Their goal is not to convert children to Satanism, the Temple assures.

“Proselytization is not our goal, and we’re not interested in converting children to Satanism,” the temple says about the program on its website. “After School Satan Clubs will focus on free inquiry and rationalism, the scientific basis for which we know what we know about the world around us.

“We prefer to give children an appreciation of the natural wonders surrounding them, not a fear of everlasting other-worldly horrors.”

The Satanic Temple says it views Satan as a “mythical figure representing individual freedom,” according to its website. 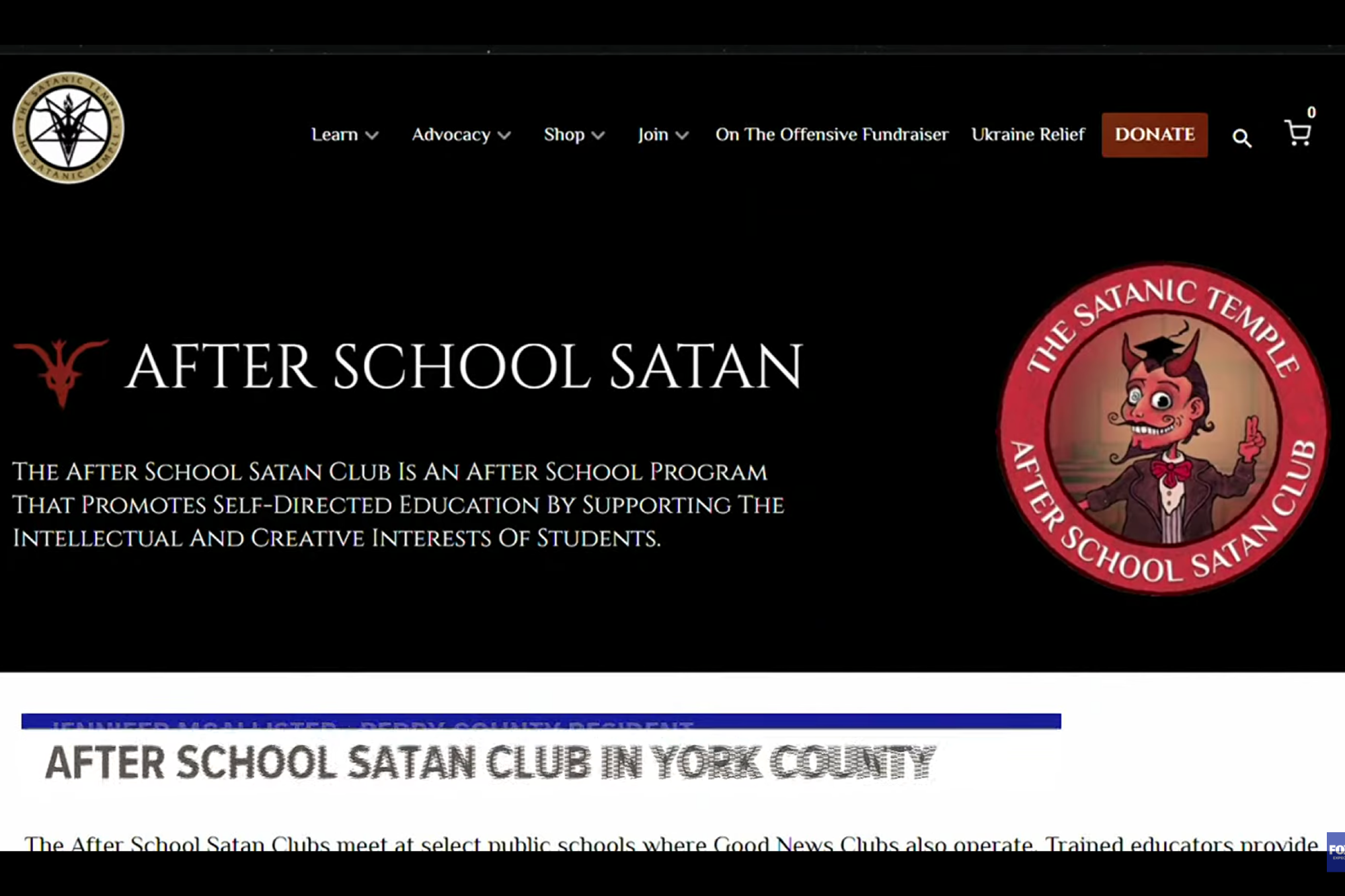