Delaware State Police on Monday told TheBlaze that “during a Republican Political Rally” Sunday outside the Crossroads Restaurant in Wilmington, three males between the ages of 20 and 25 drove by and threw eggs at the crowd standing near the roadway.

Police said three children and three adults were struck, no injuries were reported, and no arrests have been made amid the active investigation.

Lauren Witzke, a Republican candidate from Delaware for U.S. Senate, hosted the event supporting President Donald Trump. Witzke posted a video on her Twitter page that she said showed the aftermath, including a little girl with eggshells in her hair and a little boy with egg on his shirt.

“I wanted to show you what these hateful liberals did to a little child,” Witzke said in the clip as the video camera focused on top of the girl’s head. “They drove by, and they threw eggs at little children.”

Witzke added that the rally participants were waiting for police and had the license plate of the egg-throwers’ vehicle.

“This is a hate crime right here,” she said, adding that “little children [are] getting egged” “just for being conservative.”

Here are other images:

How did folks react?

Of course a number of folks were upset at the alleged egging incident, but others had different points of view:

“Stop putting kids in the line of fire,” one commenter wrote. “Children are not props. Your whole message is lost when you have these children in harm’s way. Now you use them as a prop. Manipulate peoples emotion to fit your view. You are a piece of s**t.”

“I’m pro-Trump, but using that poor wee girl to make a point is unacceptable,” another commenter said. “Instead of standing over her and sticking a phone in her face … she should have been held and comforted. Eggs hurt when you’re hit by one. And clearly her eye was bothering her. Shame on you.”

“Eggs are better than pepper spray,” another detractor noted.

But there was plenty of pushback on such perspectives, too, as one commenter noted, “If this were the other way around, there would be a mic in every conservative congressman’s face asking whether or not they denounced it. NO Democrat in Congress or running for office is ever asked to comment on stuff like this.”

Haven’t we seen this movie before?

In late August, two women in Wilmington were caught on video ripping up pro-Trump signs and stealing a red “Make America Great Again” hat while a 7-year-old boy cried and chased after them near the venue for the virtual Democratic National Convention. 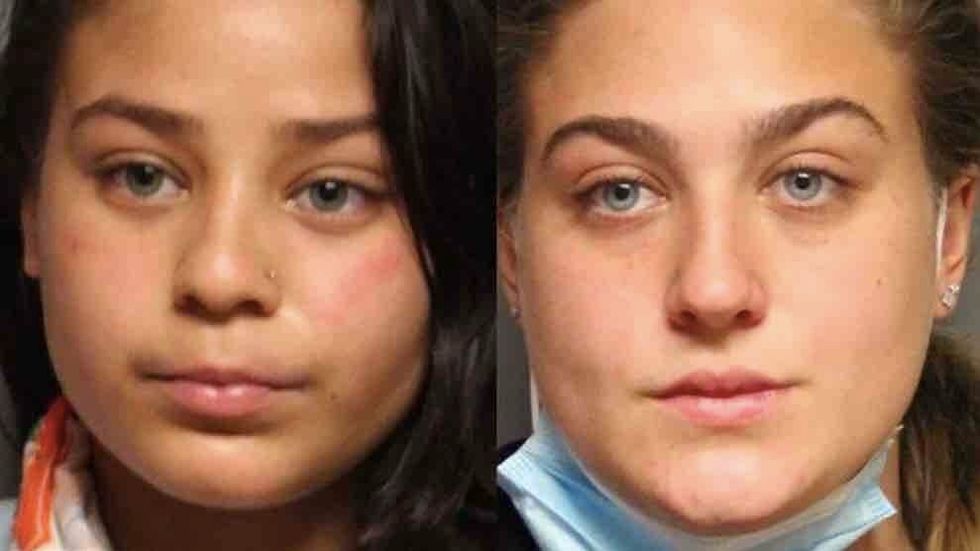 Video of the incident shows two women harassing a mother and her young son. The women ripped pro-Trump signs and stole a MAGA hat sitting near the boy, whose mother recorded the altercation. 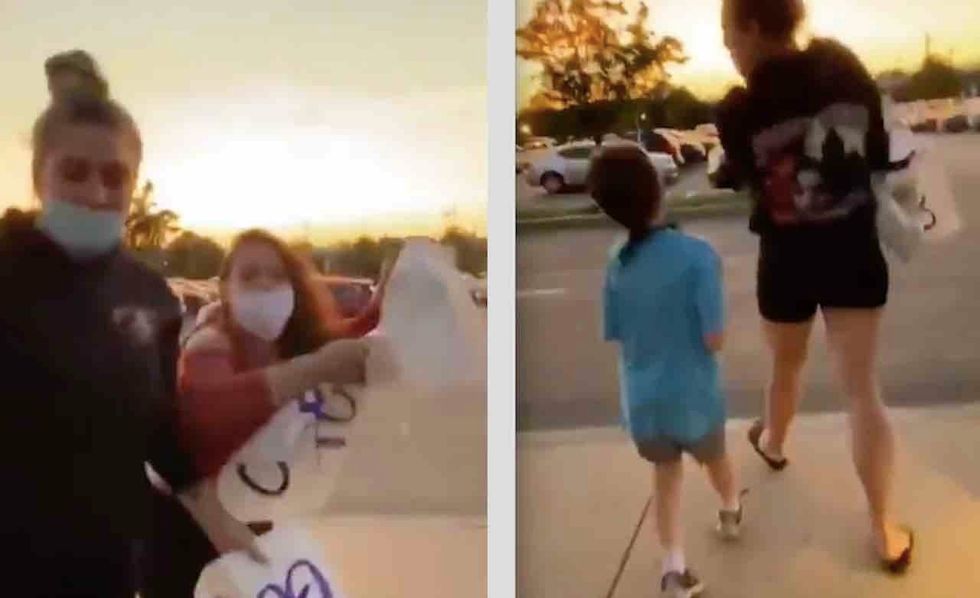 At one point the boy sees another hat on the ground, and when he goes to retrieve it, one of the women actually appears to stomp her foot to prevent him from picking it up. The video doesn’t show whether she makes contact with the boy’s hand: 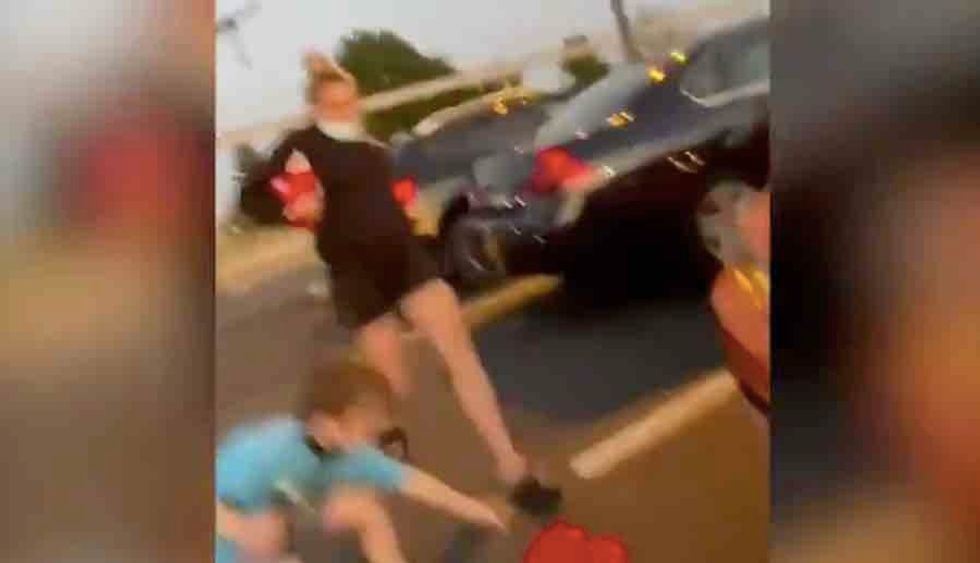 But when a man the mother apparently knows attempts to intervene, the same woman appears to hit him in the face: 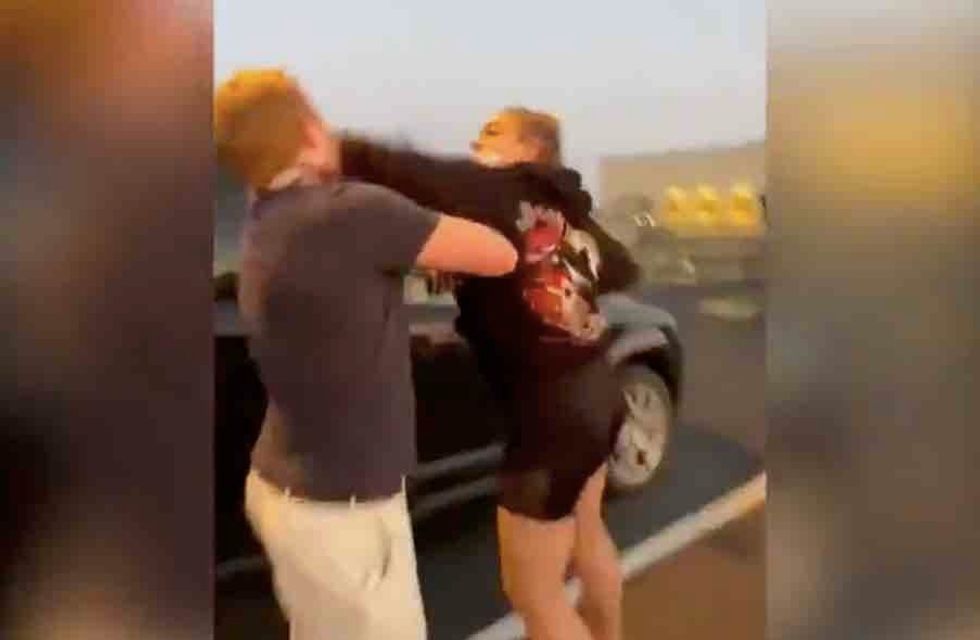 Because he was simply showing his support for President @realDonaldTrump.

Watch: CEO with Down Syndrome Leads Company That Helps People With Disabilities Find Jobs: ‘You Can Make a Great Difference’