Former President Donald Trump said “Happy Easter” in his own way on Sunday — linking his holiday wishes to his claims of election fraud.

“​Happy Easter to ALL, including the Radical Left CRAZIES who rigged our Presidential Election, and want to destroy our Country!​” Trump said in a statement.​

His remarks come a day after he called for his supporters to boycott the companies like Major League Baseball, Coca Cola, Delta that have criticized Georgia’s Republican-led legislature’s new voting laws. ​​MLB said it was pulling ​its All-Star game scheduled for this summer in Atlanta.

“Baseball is already losing tremendous numbers of fans, and now they leave Atlanta with their All-Star Game because they are afraid of the Radical Left Democrats who do not want voter ID, which is desperately needed, to have anything to do with our elections,” ​a statement from Trump on Saturday said.​

“Boycott baseball and all of the woke companies that are interfering with Free and Fair Elections. Are you listening Coke, Delta, and all!​,” he continued.

Georgia passed a series of election reform measures intended to reduce fraud, but the legislation has drawn widespread criticism from Democrats.​ 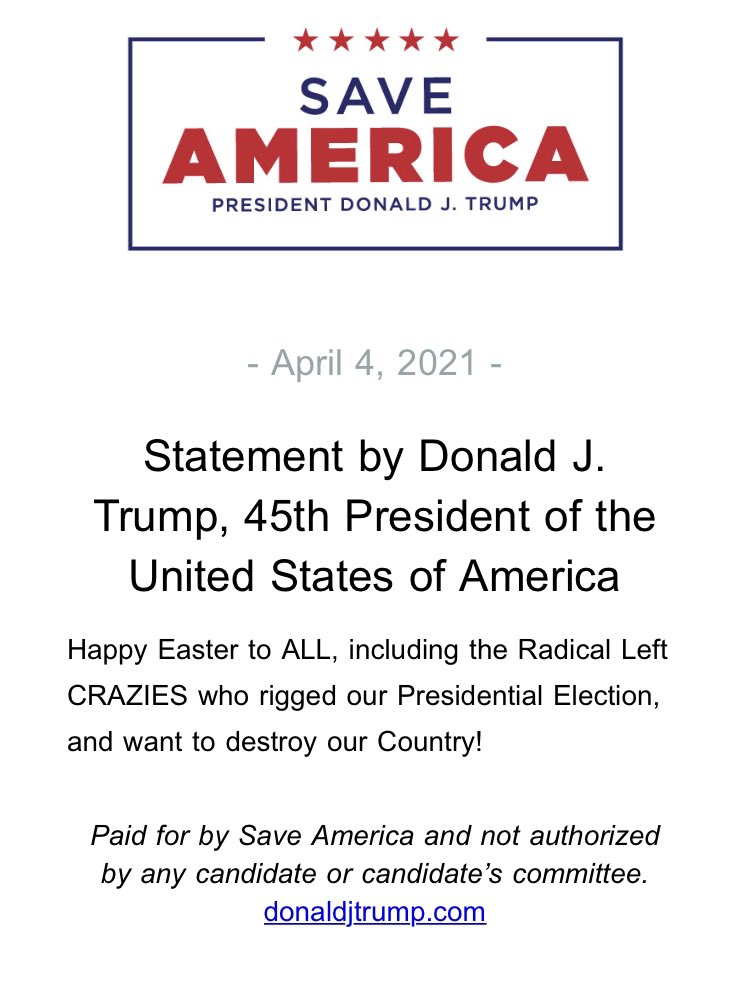