The US government’s main border detention facility for migrant children is an overcrowded tent structure currently packed with more than 4,000 people, despite a 250 person capacity, it was revealed Tuesday.

The Biden administration for the first time allowed reporters from the Associated Press and CBS to tour the crammed US Customs and Border Protection facility in Donna, Texas. 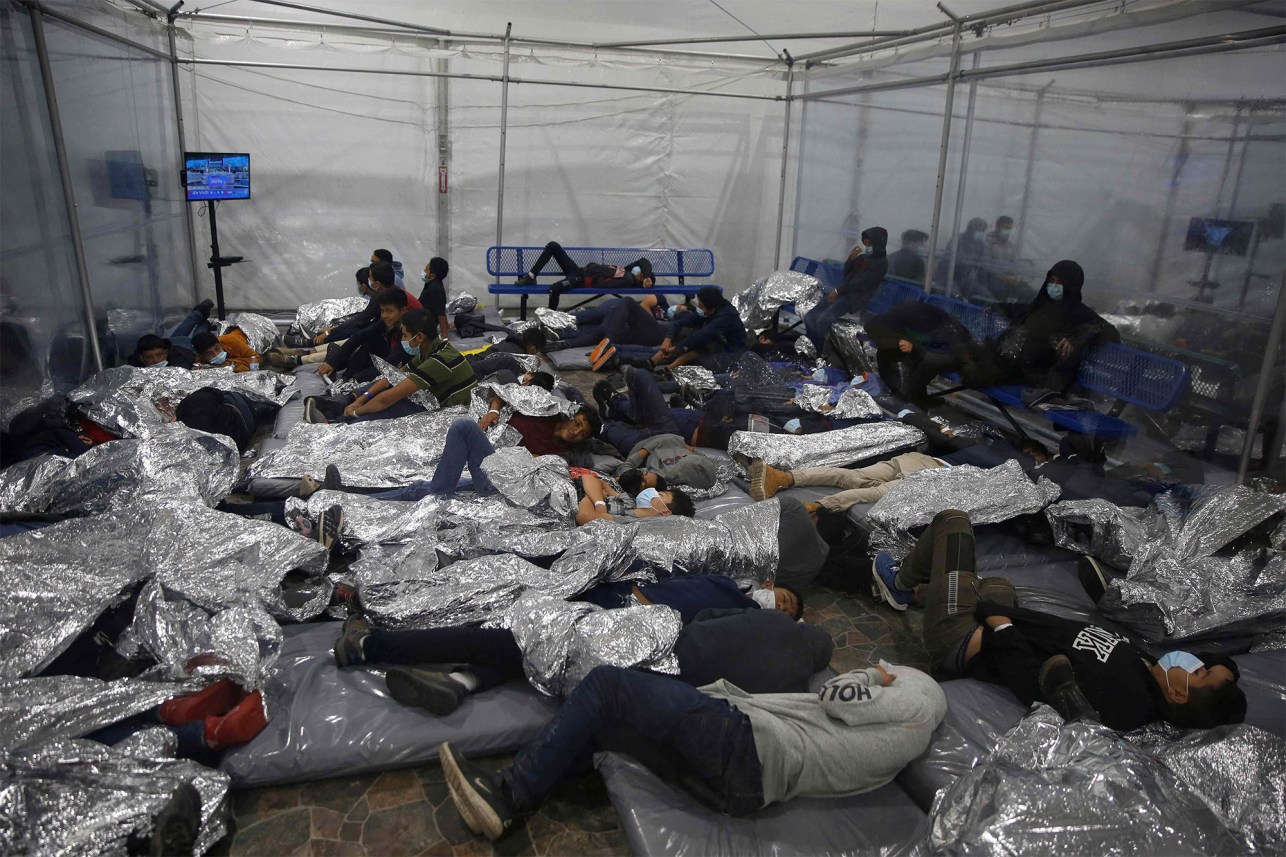 The structure has a capacity of 250 — but the AP reported that more than 4,100 migrants, most of them unaccompanied kids, are currently being held there.

The children were being loaded by the hundreds into eight pods about 3,200 square feet in size. Many of the pods had more than 250 kids in them.

The youngest of them were kept in a large play pen with mats on the floor for sleeping. 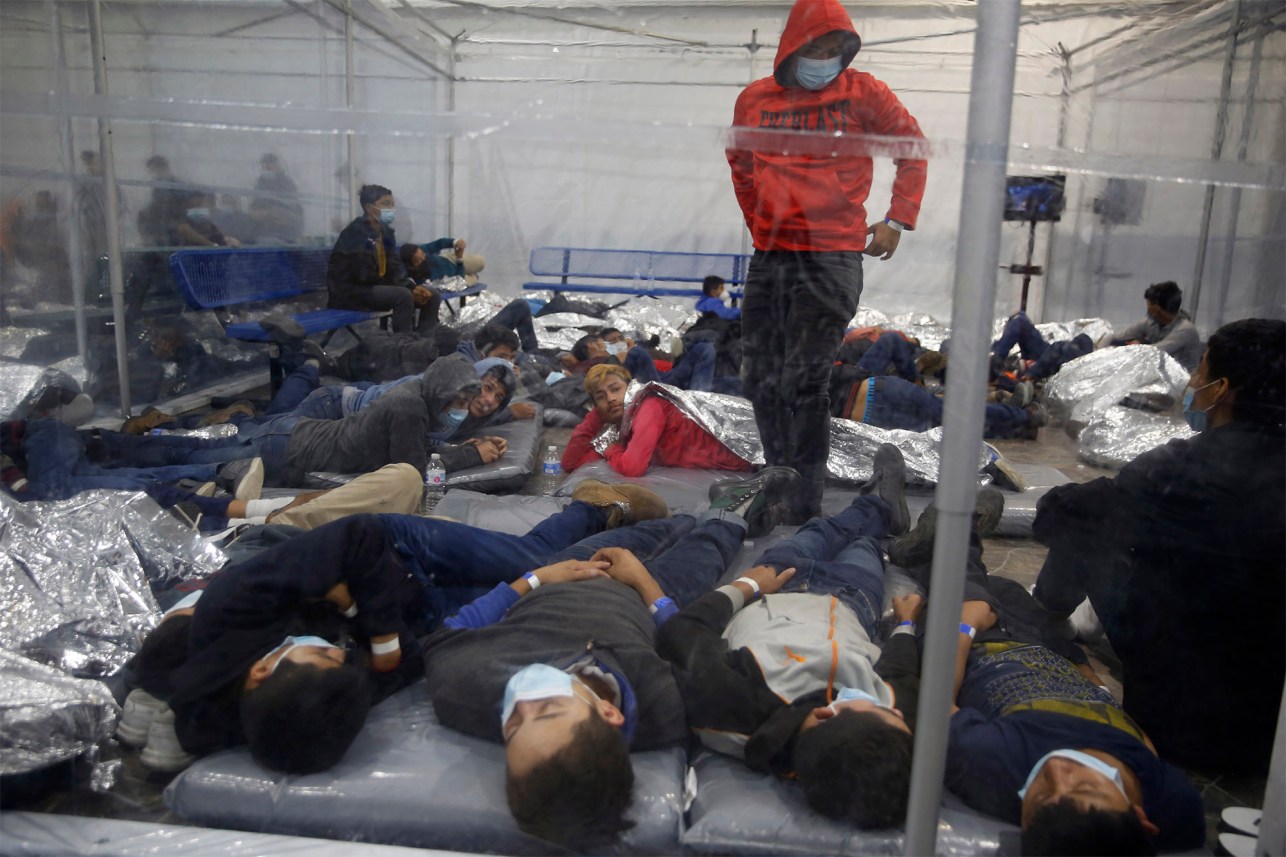 The kids are processed in the tents before being hauled to Department of Health and Human Services shelters and then placed with relatives or sponsors.

Journalists observed the minors being processed on Tuesday. The kids were first taken to small rooms inside the tents for health assessments, including checks for lice, scabies, fever and other ailments.

No COVID-19 test was administered unless a child showed symptoms of the virus.

The kids also underwent psychological tests, with nurse practitioners asking if they had any suicidal thoughts. All shoelaces were removed. 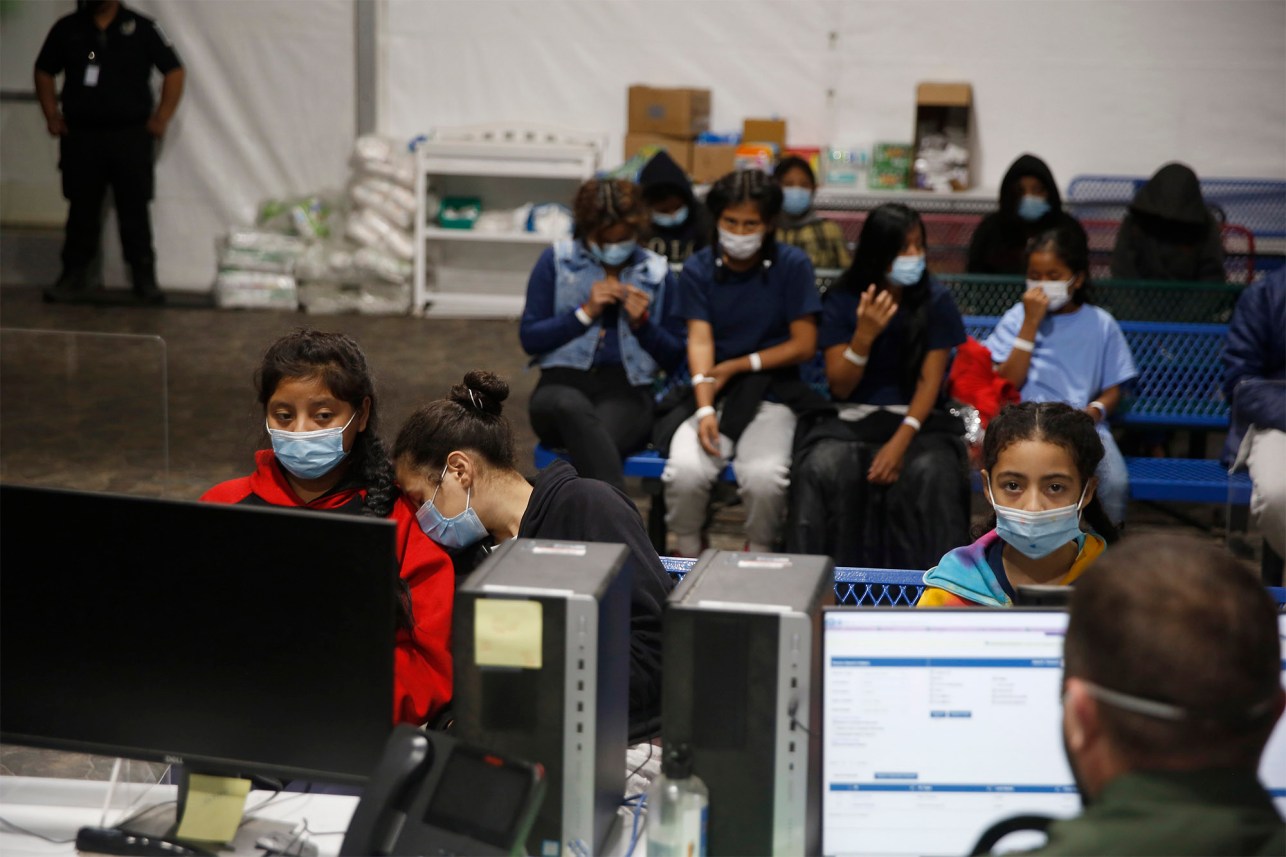 Then, the minors were brought to a large intake room where those 14 and older were fingerprinted and had their photo taken.

They were then taken to a second intake room where they were given notices to appear in immigration court.